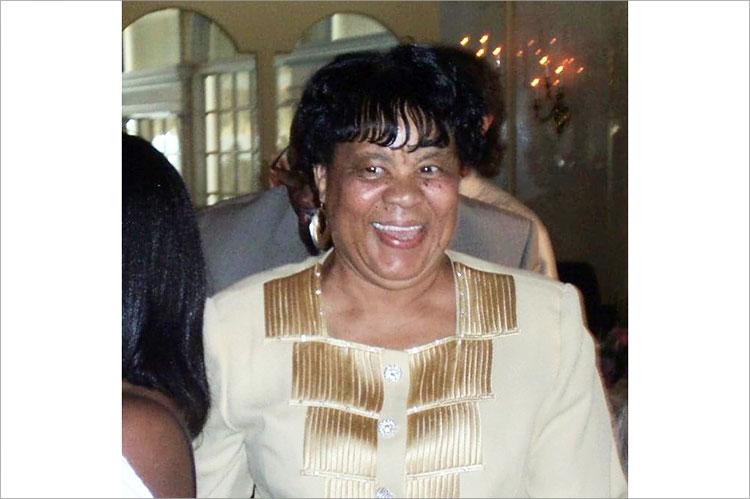 Gloria Elizabeth Williams, formerly of Bridgehampton, was famous for her homemade rolls, baked beans, lemon meringue pies, coconut pies, and Hawaiian cakes. A devout Christian from an early age and a "natural-born caregiver for many children of the community," according to her family, Mrs. Williams died at her home in Barco, N.C., on Sept. 11, with family members by her side. She was 81 and had had cancer.

She was born in Southampton on April 22, 1940, to Amos J. and Annie M. Wyche, and attended the Bridgehampton School. As a member of the First Baptist Church in that hamlet, she sang in the gospel choir, supervised the original Sunshine Band, was a member of the Silver Leaf Club, and served as church enrollment clerk.

Mrs. Williams worked as a housekeeper for Catholic Guardians, retiring in 2001. In addition to her church activities, she took part in the Knit and Stitch Club and loved to attend concerts and watch car races.

In a poem written for his wife, Mr. Williams called her "a remarkable woman, dependable, loving, and caring."

"You were my companion and dear friend," he wrote. "You were a wonderful wife from beginning to end."

In addition to her husband, Mrs. Williams leaves three daughters, Sheila Hopson, Gail Hayes, and Mary Gilliam, all of East Hampton; three sons, Raymond Gilliam Jr. of Tavares, Fla., Anthony Gilliam of Flanders, and Thomas Gilliam of Patchogue, and two stepsons, Billy Williams of Kinston, N.C., and Terry Williams of Bridgeport, Conn. She is also survived by two sisters, Lois Petty of Los Angeles and Joanne Brown of Flanders, and a brother, Amos Wyche of Saratoga, N.Y. Her 103-year-old aunt, Lena Clark of Franklin, Va., survives as well, as do 18 grandchildren, 43 great-grandchildren, and five great-great-grandchildren.

Funeral services were held on Sept. 18 in Barco, where Mrs. Williams was buried in her family's plot at the Williams Cemetery.