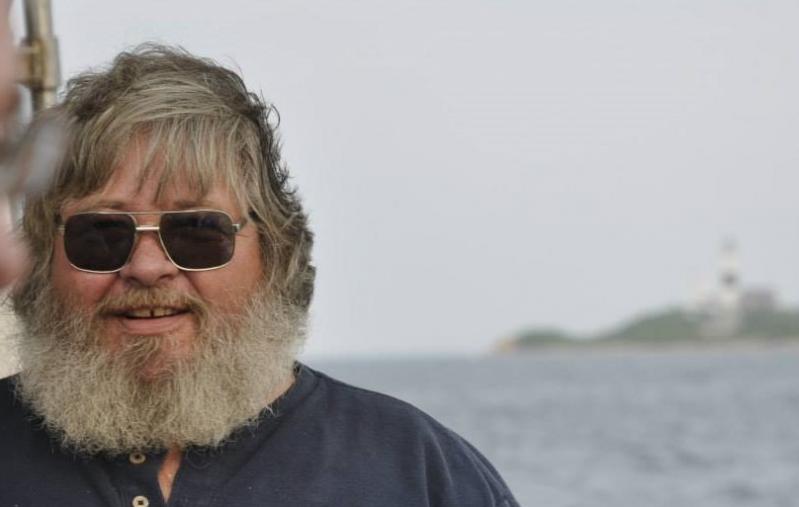 Robert J. Badkin of Mulford Lane in Amagansett, who was fondly known to many as Robbie the Welder, died at home of a heart attack last Thursday. Mr. Badkin, who had been in poor health since 2014, was 57.

Mr. Badkin, whose family has lived on Lazy Point in Amagansett since the 1930s, earned a bachelor's degree in marine biology from Southampton College before becoming a self-employed master welder and metal fabricator. He was well known among Montauk's commercial fishermen, who relied on his welding expertise.

He was a kind and gentle man, his family said, who described him as a naturalist, scientist, artist, fisherman, and kindhearted friend to many. "He would do anything for anybody," said his sister Linda Badkin of Amagansett.

In January 2014, Ms. Badkin rushed her brother to Southampton Hospital because he was having trouble breathing. He had developed a severe blood infection, which led to acute respiratory distress syndrome. He was given a 10 percent chance of emerging from an induced coma, but the following month he celebrated his 51st birthday surrounded by his family at the Hamptons Center for Rehabilitation and Nursing in Southampton.

A GoFundMe campaign raised nearly $20,000 to help with his medical bills. A fund-raiser at Inlet Seafood restaurant in Montauk raised more money, and many craftsmen came together to make much-needed renovations to his Mulford Lane house, which had developed mold after flooding from Hurricane Sandy and fallen into disrepair during his illness.

Mr. Badkin was born on Feb. 15, 1963, in Ridgewood, N.J., to J.P. Badkin and the former Marilyn Lambert. He grew up in Franklin Lakes, N.J., Amagansett, and Montauk, and graduated from Ramapo High School in Franklin Lakes.

Mr. Badkin was cremated, and his ashes will be scattered in Gardiner's Bay on a date to be determined. His family has suggested memorial contributions to the Safina Center, a nonprofit conservation and environmental organization, at 80 North Country Road, Setauket 11733, or safinacenter.org/donate.