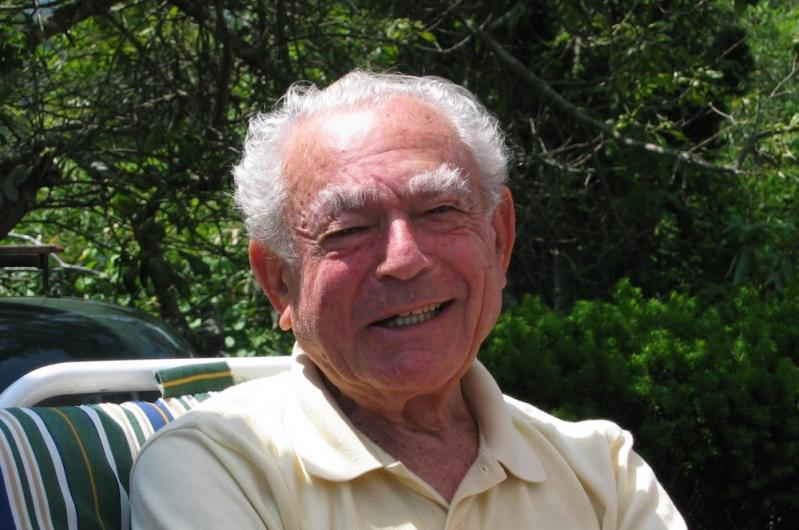 Dr. Soll Berl, a former World War II Army medical technician who had a long career as a neurochemist and psychiatrist, died of cancer at home in Pittsboro, N.C., on June 7. The part-time Amagansett resident was 101 years old, just five days shy of turning 102.

Dr. Berl authored or coauthored more than 100 articles in peer-reviewed scientific journals over his long life, with a focus on brain amino acid and protein metabolism. During World War II, he was part of a University of Wisconsin research effort to determine how to mass-produce penicillin for Allied troops.

He held degrees from St. John's University’s School of Pharmacy and the University of Wisconsin before his education was interrupted by the war. As an Army medic, he was stationed at William Beaumont General Hospital in El Paso, Tex., and attended medical school at Case Western Reserve University in Cleveland after his discharge. He completed a residency at New York University Bellevue Medical Center, and a National Institutes of Health postdoctoral fellowship at the New York State Psychiatric Institute.

Dr. Berl became an assistant professor in Columbia University’s College of Physicians and Surgeons, in the department of neurology and neurosurgery, and was later an associate professor. While teaching at Columbia he maintained a private part-time psychiatry practice. He also was a professor of neurology at Mount Sinai Medical Center in Manhattan, retiring in 1989 as professor emeritus.

He was the recipient of multiple awards: the Borden Undergraduate  Award in Medicine for research carried out during his time at Case Western, in 1950, the N.I.H. Institute of Neurological Diseases and Stroke Research Career Development Award from 1962 to 1972, and the Lucy G. Moses Award for Research in Neurochemistry from Columbia P. and S. in 1970.

Born in Brooklyn on June 12, 1918, to Jacob and Yetta Berl, Soll Berl was drawn to the sciences from an early age. He attended Thomas Jefferson High School before beginning college. On April 28, 1956, he married Theresa Beshi, and in 1963, while he was working at Columbia and she was teaching in a New York City public school, they bought a house in the Amagansett Dunes.

It proved to be their true home, the family said. "Every weekend, they made the long trip from the city to Amagansett with their children and two very reluctant cats . . . Terry and their children spent every summer in Amagansett, while Soll commuted back and forth from the city, not an easy task in the days before the Long Island Expressway and alternate side of the street parking in New York City."

When he retired, Dr. Berl joined his wife in restoring an old classic farmhouse in Claverack, a town in the Hudson Valley. It became the Martindale Inn, a bed-and-breakfast, and enabled the couple to meet and befriend many people from all over the country. After almost 20 years as innkeepers, the two traveled extensively and divided their time between the Amagansett house and Vermont and North Carolina, where two of their daughters were living.

An amateur artist who painted, sketched, and did woodworking, Dr. Berl was also a keen tennis fan and played the game well into his 80s. He loved literature and the theater, too, his family said, and was admired by all for the soups, pies, and salads he would make. He was known to enjoy a very dry martini, especially on the Amagansett beach at sunset. "Soll is remembered by his colleagues as a fine scientist and trusted friend," his family wrote. "He will always be remembered by his family and many friends as a gentle and compassionate man of great integrity, with a ready wit and unwavering love of life."

Terry Berl, his wife of 64 years, survives, as do their four children, Kathy Kropf of Athens, Ohio, Lisa Sullivan of Pittsboro, N.C., David Berl of Atlanta, and Erica Berl of Apex, N.C. He also leaves a granddaughter, a niece, and a nephew. A brother, Irving Berl, and a sister, Anna Berl, died before him.

A memorial service will be announced at a later date. The family has suggested donations in his honor to the CORA Food Pantry in North Carolina, online at corafoodpantry.org, or a local food bank.