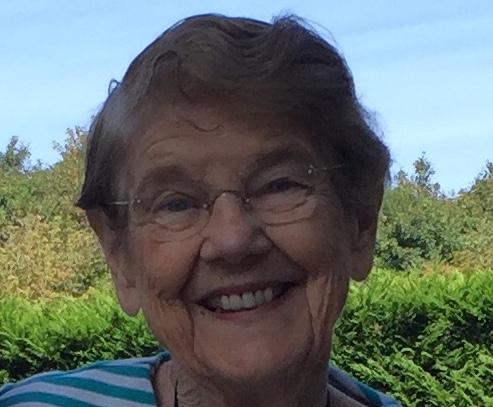 Maureen T. Kenny of East Hampton died of complications following a fall at home on July 17 at Stony Brook University Hospital. She was 89 and had "seemed fine and in good spirits the day before the fall," her daughter Joan Mahtesian of Silver Spring, Md., said.

Mrs. Kenny had moved with her husband and children to East Hampton full time in 1978 from Flushing, after spending summers in Montauk since 1970. Out here, she enjoyed keeping up with politics through magazines, newspapers, and television, reading mysteries and other fiction, dining out with her husband — sometimes during a day trip to places on the East End and the North Fork — browsing at antiques stores, and spending evenings on the beach with her husband.

Maureen Theresa Kenny was born in the Bronx on March 30, 1931, one of eight children of Katherine O'Brien Martin and Michael Martin. She grew up there, graduating from Bronx Vocational High School, and working in Manhattan as an executive secretary for several years.

They settled in Flushing, N.Y., where they reared three children. In addition to Ms. Mahtesian, Christopher Kenny of East Hampton and Kathleen Kenny of Washington, D.C. survive. Of her seven siblings, two sisters, Kathleen Bennett and Patricia Marshall of Mount Pleasant, S.C., and Michael "Buddy" Martin of Bethpage and John Martin of North Carolina survive. Four grandchildren, 20 nieces and nephews, and dozens of great-nieces and great-nephews survive as well. Mrs. Kenny adored spending time with her siblings, children, and grandchildren, Ms. Mahtesian said. Until her husband died, Mrs. Kenny hosted an annual Christmas party for her siblings and their families.

The family held a private wake at the Yardley and Pino Funeral Home in East Hampton. A Mass was said on July 22 by the Rev. Ryan Creamer at Most Holy Trinity Catholic Church in East Hampton. Mrs. Kenny was buried in the church cemetery.