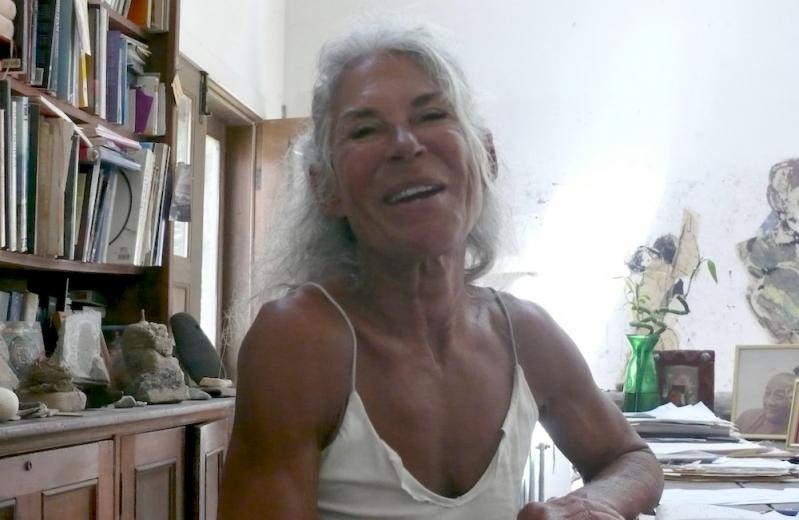 Hildy Maze, an artist who specialized in painting and collage, died at home in East Hampton suddenly on July 2. She was 70.

Born on Nov. 29, 1949, in Brooklyn to Eli and Helen Maze, she grew up in Great Neck and Forest Hills. She had developed a love for the arts as a young child. At age 5, she started taking ballet lessons, she began playing the piano at 6, and pursued acting at 9.

It was in an art class at Forest Hills High School that she discovered her ability to paint and draw.

After graduation, she apprenticed at the Williamstown Theatre Festival, and studied theater at Emerson College in Boston for a year before transferring to the Pratt Institute in New York, where she earned a bachelor's degree in fine arts with a focus on graphic design.

During her last semester at Pratt, she was hired as an assistant to Milton Glaser, the renowned graphic designer, and would go on to became the manager of his studio.

She later worked as a freelance designer and as a studio manager for other design companies.

In 1984, she moved from her TriBeCa loft to East Hampton to focus on creating a wide range of art including painting, drawing, photography, and collage. Her work has been shown in exhibitions at the Southampton Arts Center, the Crush Curatorial gallery in New York City, and as part of the Long Island Biennial at the Heckscher Museum of Art.

She had studied Tibetan Buddhism for 10 years and developed a meditation practice, both of which greatly influenced her work.

An exercise enthusiast, she enjoyed running, swimming, weightlifting, and cycling. She was a member of the Buddhist Society, and she loved nature. At Maidstone Beach, many people knew her as "the seagull lady" because she would frequently feed hard-boiled eggs to the birds. One of her last paintings was a self-portrait of her feeding seagulls, according to her friends.

She is survived by a brother, Judd Maze of Andes, N.Y.

A private memorial service will be held at a date to be determined.