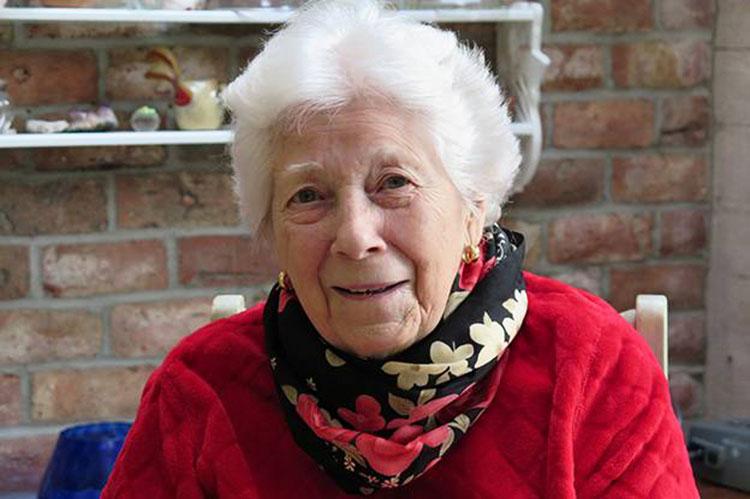 Jacqueline Penney, an award-winning painter and the owner of an eponymous art gallery in Cutchogue, died on June 18 at home in the hamlet. She was 90.

Ms. Penney, whom friends called Jackie, was born on March 26, 1930, in Roslyn, to Laurence Larridere and the former Francis Pichon. She grew up there, and her fascination with art began in kindergarten when, according to her family, she put crayons on a radiator and was enthralled by the sight of the melting colors.

She graduated from Roslyn High School, won a scholarship to attend the New York Phoenix School of Design, and later attended Black Mountain College in Asheville, N.C., and the Institute of Design in Chicago.

In the early 1950s she married William A. Penney Jr., and the couple brought up two children. Mr. Penney died before her.

She painted realistic pastoral scenes in acrylics and watercolors, and taught painting classes at her Cutchogue studio as well. Her work is on display in nine permanent collections, including the National Association of Women Artists collection at the Zimmerli Art Museum at Rutgers University, which features a self-portrait titled "Me Painting Me."

She wrote four instructional books on painting and a memoir, also titled "Me Painting Me," which was published in 2012. She is listed in "Who's Who of American Women Artists and Teachers." In 1999, she won an award for a painting she entered in a competition sponsored by Watercolor Magazine.

She is survived by a daughter, Deborah Penney of Mattituck, a son, William A. Penney III of Southold and Keene, N.H., and two grandchildren.

A showing and sale of her art will be held from 3 to 5 p.m. on July 18 at the Jacqueline Penney Art Gallery and Studio, 270 North Street in Cutchogue. Those interested in attending have been asked to email her daughter at [email protected].