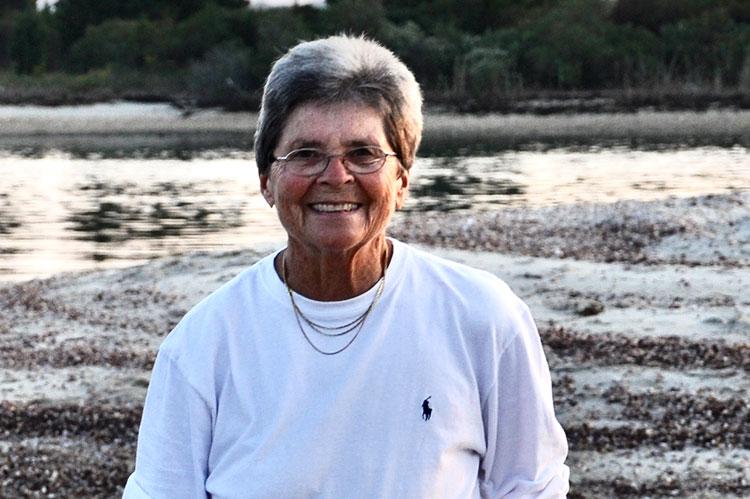 Gen Barry Casey, an accomplished athlete, dance teacher, and New York City advertising executive, died in St. Petersburg, Fla., on April 5 at the age of 82. A resident of Springs and St. Petersburg, she had had a 10-year struggle with Alzheimer's disease.

Born in Tennessee on May 3, 1937, to Kinney Tyre and Agnes Geneva Campbell Casey, she grew up in the South, attending the University of Mississippi and, later, the University of Houston, where she earned a degree in 1959.

Ms. Casey married John Lewis Puterbaugh Maxwell in November 1964; they divorced a year later. She was a dance teacher in the South until 1968, when she moved to the city to take a position as chairwoman of the dance department of the Chapin School.

That year, Ms. Casey and her partner, Jane Ross, a publishing and advertising executive, started Ross and Casey Advertising, with an office in Manhattan's Graybar building. They produced commercial catalogs for many prestigious clients until 1991, when they retired.

Ms. Casey, a resident here since 1975, ran the New York City Marathon multiple times; thrilling photo-finish pictures hung on the walls of her house. She also played competitive tennis, and became a certified fitness instructor when she was in her 70s.

She was said to have never lost "her gentle Southern drawl and love of a good political debate," said her longtime friend Pamela Van Zandt.

Throughout their 40 years together, Ms. Casey and Ms. Ross explored the world. They entertained their vast circle of friends with stories of their travels to India, Africa, Tibet, China, Myanmar, Egypt, and other exotic locales. They were both skilled sailors, spending their summers exploring every inlet of Gardiner's Bay.

Ms. Ross died in 2015. Ms. Casey leaves one close relative, a niece, Gretchen Tufts of Mount Hermon, La., and many friends in Florida and New York. She also leaves her dear friend Jillian Reed of St. Petersburg, who cared for her during her prolonged illness.

Ms. Casey was cremated. A celebration of her life and scattering of her ashes will be held in the future at the end of Springs-Fireplace Road.