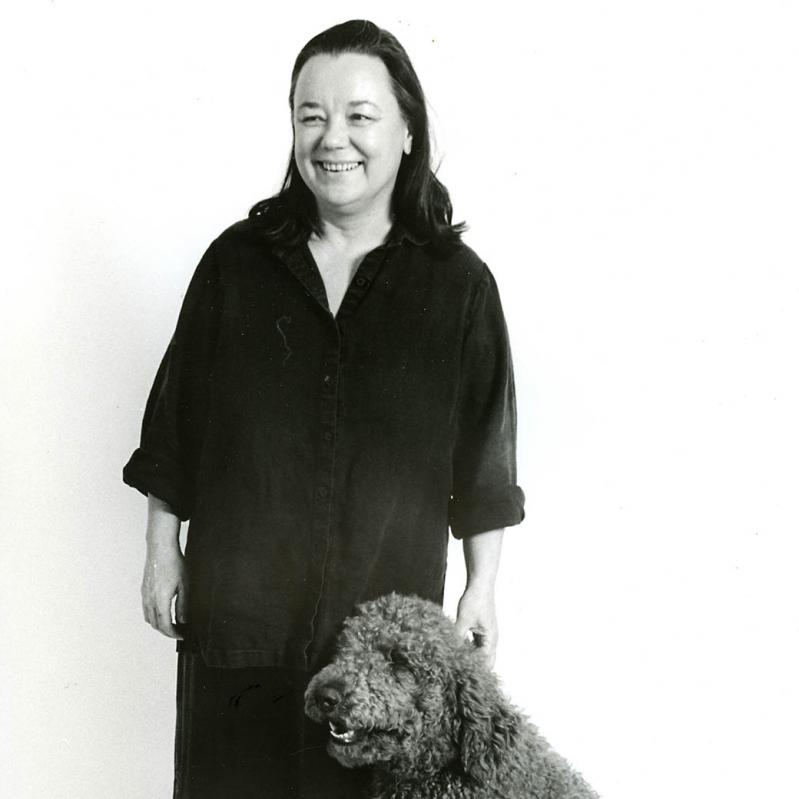 Maria Polushkin Robbins, the author of more than 30 cookbooks and children’s books, died at her home in Springs on May 5. She was 77 and had been under care for dementia for six years.

Her cookbooks include “The Dumpling Cookbook,” published in 1977 and still in print; “The One-Dish Vegetarian” (1999), and “Blue Ribbon Pies” (1987), which features 75 award-winning recipes from state, county, and local fairs.

Among her popular children’s books was “Mother, Mother, I Want Another,” first published in 1978 and reissued in 1988. “Polushkin’s comedy of errors accelerates into a whirlwind of crises,” said Publishers Weekly.

Her friend Genie Chipps Henderson reported that her daughter was reading “Mother, Mother” to her children right now. “It’s in every library, it’s one of those great classics that will endure.”

Ms. Henderson co-wrote two novels with Ms. Robbins. “We wrote under the pen name of Georgia Hampton and were unabashedly hoping to break into the lucrative world of romance novels. But after publishing two books, we found it was not for us.”

“I think what all of us who knew her would say about Maria is that she embraced people, she welcomed people into her home and her life. She was a wonderful cook, and hospitality was her thing. And yet the story of her early life was really one of the most troubling pasts.”

Maria Polushkin Robbins was born on May 30, 1942, to Andrey Polushkin and Raissa Valentin Polushkin in Kharkov, Ukraine, which was then part of the Soviet Union. Her father was a professor of electrical and mechanical engineering sciences at the university there. After the Luftwaffe bombed the city, the Polushkins were taken to Germany along with hundreds of others as forced laborers.

While her parents were assigned menial jobs, Ms. Robbins was cared for by those too old to work. Laborers were denied access to bomb shelters, “and in later years Maria was haunted by the memory of being carried into the forests surrounding the camp during bombing raids,” Ms. Henderson said.

After the war the family remained in Germany as displaced persons until 1949, when they were able to emigrate to the United States. Several years after settling in Queens, they bought property in Amagansett for a summer home and later began living there full time.

Ms. Robbins grew up in Queens and Amagansett and earned a B.A. from Hunter College in 1964. After graduating she worked as an editor of children’s books at Doubleday, where she met Ken Robbins, an editor of photography books who later became a photographer himself.

They married and moved in the 1970s to East Hampton, where, with Matt and Leslie Harris, they opened an art house cinema on Newtown Lane in the former post office building. “Their house in Springs was for many years the go-to place for festive dinner parties, lively Sunday volleyball games, and an elaborate Christmas banquet,” said Ms. Henderson. Ms. Robbins returned to Hunter College in her 1960s for an M.A. in social sciences.

Mr. Robbins, whose photographs captured the landscape, wildlife, and people of the East End for four decades, died in 2017. Ms. Robbins is survived by Peter M. Robbins, a cousin through marriage who became her legal guardian after the death of her husband, Tatiana Brailovskaya, a cousin, and Joseph Salant, a nephew. A memorial service will take place this summer.

Memorial contributions can be made to the Springs Food Pantry, 5 Old Stone Highway, East Hampton 11937.

East Hampton Samples Are a Crucial Contributor to Lyme Test
Ready to Adopt a Pet? ARF Is Ready, Too
Guild Hall's Curator Visiting Studios Virtually Through June
Seeking Stories and Images From the Time of Covid
END_OF_DOCUMENT_TOKEN_TO_BE_REPLACED