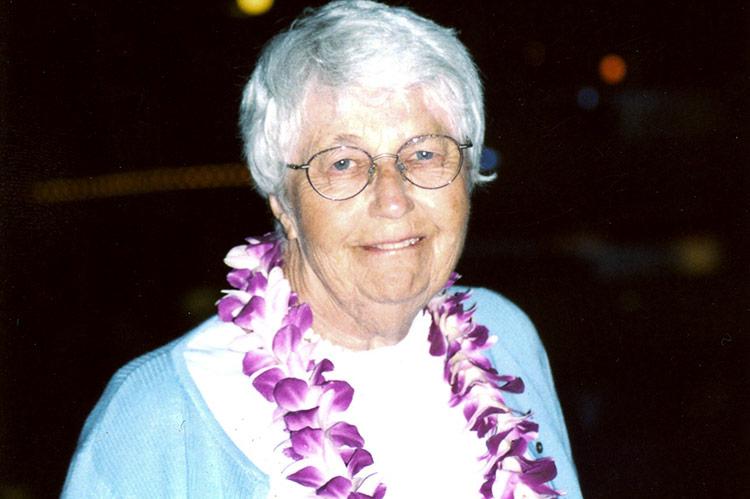 She loved traveling with her husband, George William Anderson, whom she married in 1955. They explored Mexico, Scotland, Panama, Bermuda, and much of the United States. They owned a camping vehicle and spent winters in Florida at their favorite R.V. resort. Mr. Anderson died in 2000.

Ms. Anderson often attended Bible study at friends’ houses, and enjoyed reading. She could frequently be found borrowing books and attending lectures and historical talks at the library. She often met her friends for breakfast at the Golden Pear in East Hampton.

She was born at Southampton Hospital on Sept. 29, 1929, to John Calhoun Grant and the former Elizabeth McLennan Nicol Joss, who died in childbirth. She was adopted by her maternal grandparents, John and Elizabeth Joss, when she was in the sixth grade, and grew up in East Hampton.

Ms. Anderson graduated from high school here in 1947 and went on to the State Teachers College at New Paltz, finishing in 1951. She taught grade school in East Hampton, Amagansett, and Bridgehampton before leaving teaching after five years to focus on her family.

Ms. Anderson was cremated. A graveside service will be held tomorrow at 11 a.m. at Cedar Lawn Cemetery in East Hampton. The Rev. Lawrence McErlean, a cousin of the Anderson family, and the Rev. Scot McCachren of the East Hampton Presbyterian Church will officiate.