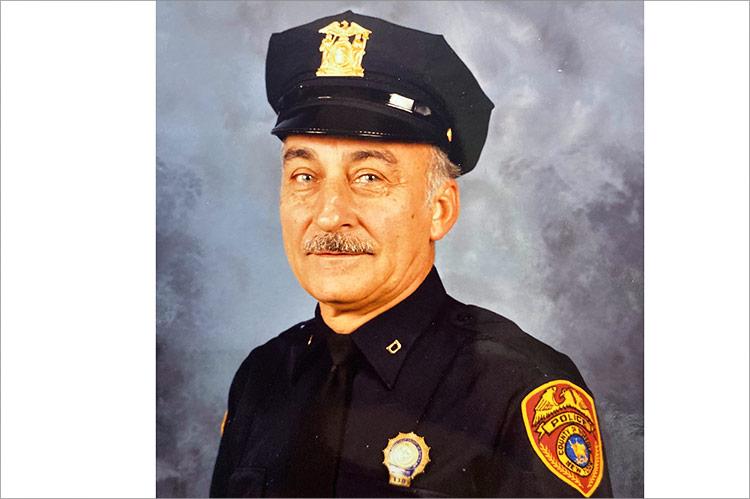 Joseph John Intermaggio Jr., a former detective in the Suffolk County Police Department, died on Jan. 16 at home in Southampton. He was 88, and had been ill for several years.

With a dream of becoming an airline pilot, he joined the Naval Reserve at Floyd Bennet Field in Brooklyn while at Andrew Jackson High School in Queens. Although he did not become a pilot, he flew as a 2nd mechanic during his 14 years of service.

He was on the police force for 32 years, and spent the next two decades working as a private investigator.

A marriage to Ruth Hoefling, with whom he raised four children, ended in divorce, and, in 1980, he married Patricia Mott, who survives.

After discovering a love for singing while on a weekend religious retreat, he became a member of a barbershop singing group, a church choir, and a Christian men’s harmony group. He appeared in several musicals, including “How to Succeed in Business,” “Mame,” “The Music Man,” and “Annie” at the Riverhead Faculty and Community Theatre.

He also took part in the Riverhead East End Arts Council productions of “Pirates of Penzance,” “H.M.S. Pinafore,” and “The Mikado.” He remained involved with the council into his 80s.

He was a member of St. Mary’s Episcopal Church in Hampton Bays.

Born on Sept. 22, 1931, in New York City to Joseph J. Intermaggio and the former Ninfa Accardi, he grew up in the Ridgewood section of Brooklyn and St. Albans in Queens. He earned a bachelor’s degree in criminal justice at the New York Institute of Technology.

A memorial service was held on Jan. 18 at Beach United Methodist Church in Westhampton Beach with the Rev. Jack K. King officiating. He was buried in the memorial garden at St. Mary’s Episcopal Church in Hampton Bays.