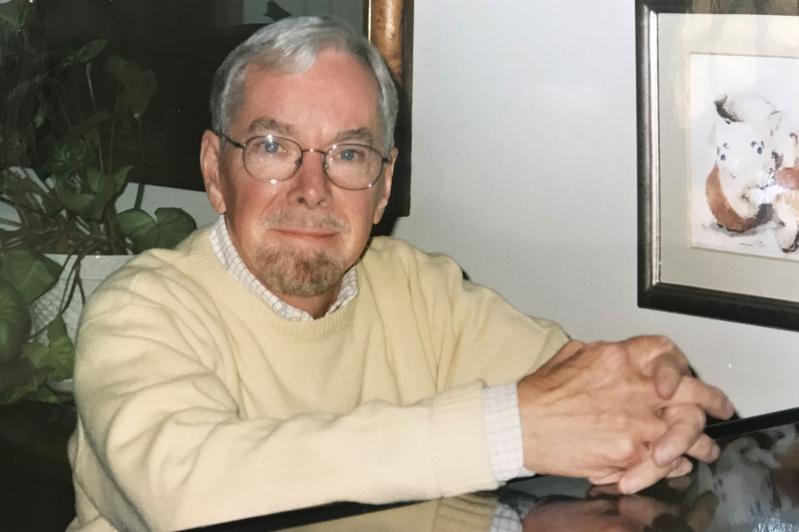 Wilson Stone, a lyricist, composer, conductor, and piano accompanist, died at the Middle Island home of his daughter, Susanna Stone, of metastatic non-small-cell lung cancer on Nov. 2. He was 93 and had been ill for two and a half years.

Since moving to East Hampton in 1970, Mr. Stone was involved with Guild Hall as a trustee, a member of its drama committee, and head of the building and grounds committee. He also served as artistic director of the John Drew Theater from 1983 to 1984, producing several revues and productions, including "The Importance of Being Earnest" with Ellis Rabb, and launching the Hot Topics series with Sherrye Henry of WOR Radio.

A member of St. Luke's Episcopal Church, where he was parish music and choir director and a vestryman, he served on the East Hampton School Board in the late 1970s and was a member of the Devon Yacht Club in Amagansett, where he was a board member and entertained guests by playing requests for Broadway musical numbers on the piano.

Mr. Stone was born in Webster Groves, Mo., on April 4, 1927, to Obed Wilson Stone and Mary P. Stone, and began playing the piano at the age of 4. As a young boy he performed live on a St. Louis radio station and went on to graduate from the Northwestern University School of Music in Evanston, Ill., where he composed a school hymn that premiered during halftime at the 1949 Rose Bowl. In 2006 he was inducted into the Waa-Mu Wall of Fame, an honor bestowed by the Waa-Mu Show, the university's longstanding theatrical tradition.

After graduating in 1949, Mr. Stone moved to New York City, where his first job was as an audition accompanist for such top singers and actresses as Carol Burnett. He went on to write and produce revues for some of the city's popular nightclubs, including "What's New," which played at Gogi's Larue on Park Avenue and 58th Street. A song from that show, "Back in the Old Routine," was later recorded by Bing Crosby and Donald O'Connor and led to Mr. Stone's hiring by Paramount Studios.

At Paramount he wrote lyrics for movie title songs, teaming with such composers as Burt Bacharach and Victor Young. He contributed music and lyrics to many films, among them "Shane," "Sabrina," "War and Peace," "The Desperate Hours," and "The Bridges at Toko-Ri."

He also composed for industrial musicals, a little-known genre for which full-scale productions were created to motivate the sales forces of large companies. One of his songs from a 1963 Xerox musical, "Take It From Here," was featured in the recent documentary "Bathtubs Over Broadway," which was shown in 2018 at Guild Hall as part of the Hamptons International Film Festival's SummerDocs series.

Mr. Stone married Dorothy Aull, a Broadway singer, dancer, and actress, on Sept. 28, 1960, around the time when she replaced Ms. Burnett in the Broadway production of "Once Upon a Mattress." They occasionally collaborated, with Ms. Aull playing roles in some of his industrial musicals.

In addition to his daughter, a sister, Elizabeth Harris of Prescott, Ariz., also survives. His wife died before him. Memorial contributions have been suggested to East Hampton Meals on Wheels at ehmealsonwheels.org.

Trees, Wreaths for Sale in Amagansett
Holiday Cheer Is Coming to Sag Harbor
Even More Thanksgiving Options From the Pike and Old Stove
END_OF_DOCUMENT_TOKEN_TO_BE_REPLACED