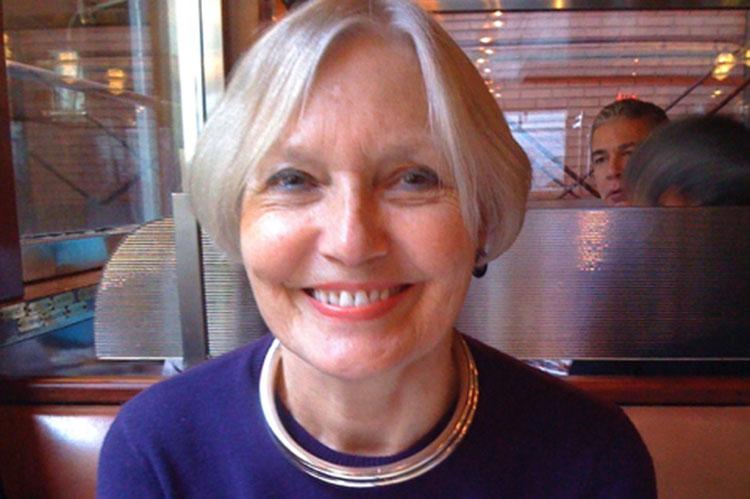 The Star has had word of the death on Aug. 29 in Montauk of Arna Pedersen. She was 79 and died in the arms of her husband, Bjarne Martin Pedersen, he said, after a year of illness from stomach cancer.

Before she became ill, Ms. Pedersen maintained a healthy and active lifestyle, and loved to walk and run in the woods around Montauk -- "nature was her sanctuary," said Mr. Pedersen. She enjoyed animals and the environment and would pick up any garbage she found in the woods or on the beach. She was a "highly accomplished self-taught cook," preparing meals and "placing the food with visual grace on the plates," he said. She had an encyclopedic knowledge of plants and flowers.

Her main focus, however, was always her family, and she "worked tirelessly caring more for them and for others than herself," her husband said.

She was born on Feb. 8, 1941, in Kvinesdal, Norway, one of four children of Tom Skaarva and Olivia Jerstad Skaarva. She grew up there, eventually earning an associate's degree in finance at a business school in Stavanger, Norway. She left for the United States in 1957 at age 16, moving to Bay Ridge, Brooklyn, where there was a Norwegian immigrant community, and working as an au pair for her first three years in the country, looking after three children "who loved her," her family said.

In 1960 she took a position at the Bay Ridge Savings Bank.

Ms. Pedersen was crowned Miss Norway of Greater New York in 1963, besting many contestants with whom she was presented in newspaper photographs, including in The New York Journal-American, in which she was standing next to Hugh Carey, the congressman who later became governor.

She met her husband to be, Mr. Pedersen, who is also Norwegian and had immigrated to the U.S. not speaking English in 1947, at a dance in her Brooklyn neighborhood in 1964. "Every time I got near that lady at the time my knees would weaken. I was crazy about her for my whole life. I was very fortunate," he said.

They moved to Manhattan from Brooklyn in 1964, when they married, and the following year bought a small house in Montauk, where she lived full time while their three sons went to the Montauk School. Her husband commuted to the city, working 12-to-18-hour days to be able to come out to join them for three-day weekends. In 1985 he took over Graphis Inc. from Walter Herdeg in Switzerland. When it was time for the boys to go to high school, they moved to the city, still coming out on weekends. Her husband mentioned in an aside that she "brought up four boys," him included.

Once their children were older, Ms. Pedersen focused more on her career and became the chief financial officer of her husband's design firm. She was particularly adept, Mr. Pedersen said, at preparing financials, both within the firm and for the I.R.S. They worked together in the city and came out to Montauk on weekends until she became ill.

In addition to her husband, their three sons, Bjorn Pedersen of Orangevale, Calif., Ford Pedersen of Huntington, and Christopher Pedersen of Jonkoping, Sweden, survive, as do a brother, Kaare Skaarva of Kvinesdal, and her sister, Aase Delaney of Anchorage, and two grandchildren, Viggo, 4, and Axel, 2, of Jonkoping. Her brother Tor Skaarva of Peekskill, N.Y., died about 15 years ago.

The family received visitors on Sept. 9 at the Yardley and Pino Funeral Home in East Hampton, where the Rev. Bill Hoffmann officiated at a service. He then officiated at the burial at Fort Hill Cemetery in Montauk the same day, after which there was a small party at Gurney's Inn to celebrate her life. Mr. Pedersen suggested memorial donations to the Montauk Community Church, P.O. Box 698, Montauk 11954, in care of Mr. Hoffmann.

"Arna was a selfless, joyful, beautiful person who was an inspiration to everyone who knew her," Mr. Pedersen said, "and she will be sorely missed by her family as well as her many friends. . . . She was a moral giant with no attitude."