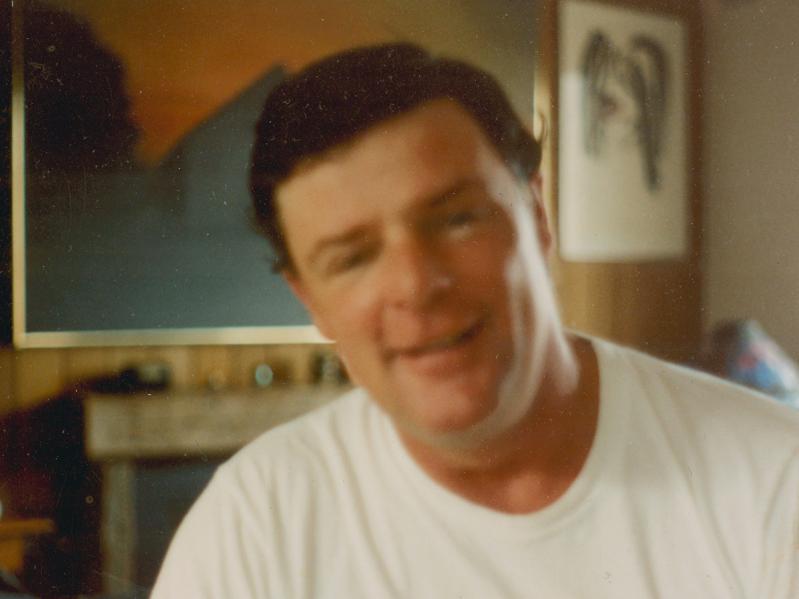 Kenneth Leo Rafferty, a charter boat captain, artist, musician, and mason contractor, died at home in Springs in the early hours of last Thursday. He was 75 and had been diagnosed with cancer last year. A friend to artists including Willem de Kooning and Herman Cherry and the musicians Paul Simon and John Hammond Jr., Mr. Rafferty was a familiar and well-liked man about town, who into his 70s still occasionally played drums at the weekly open mike events at the Stephen Talkhouse in Amagansett. “He was such a good dad,” said his son Ken Rafferty of East Hampton. “He was a great dad to his three kids. We were really close. Dad was not only a dad but also my best friend. He is greatly missed already.” Born on Jan. 16, 1944, to Raymond Rafferty and the former Rita Forsyth, Mr. Rafferty grew up on 106th Street in Manhattan. He never knew his father, said his wife, Sharon Rafferty of Springs. His mother worked for the city’s public school system. Mr. Rafferty was a performing musician when he and the former Sharon Stewart met at a party in New York. They were married on July 31, 1963. Five years later, the couple, now with three young sons, moved to East Hampton. On the South Fork, Mr. Rafferty worked as a mason for many years, initially for DiGate’s Cement Block and Supply Yard in Wainscott, ultimately going into business for himself. Later, he opened the Video Store of Amagansett, which was on that hamlet’s Main Street. Along with videocassette rentals, the store sold collectible items like baseball cards and other memorabilia. “He had his hands in everything,” said his wife. But his later career as a charter boat captain was the most fulfilling. “My friends and I chartered fishing trips with Ken for decades and looked forward to his tales and jokes,” said Peter Honerkamp, an owner of the Stephen Talkhouse in Amagansett, who became close to Mr. Rafferty when he owned his video store across the street from the Talkhouse. “He was a raconteur extraordinaire and a very dear friend. He’s the one who inspired me to pull the many pranks I have pulled on folks at the bar over the last 30 years.” Kindred spirits, Mr. Rafferty and Mr. Honerkamp sometimes appeared at the Talkhouse in disguise, often as part of imaginative plots to good-naturedly fool each other or the bar’s staff. In recent years, both men recounted such tales in an oral history of the renowned live-music venue that can be found on its website. For example, “He still holds the New York State record for the biggest tiger shark,” Mr. Honerkamp said on Monday. In fact, Mr. Rafferty’s son said on Tuesday, the distinction belongs to a Ken Rafferty from UpIsland. “Even in the afterlife, one of Dad’s stories gets Peter,” he said, laughing. “He enriched my life and did as much for everyone who met him,” Mr. Honerkamp said. “I, and many others, will miss him terribly.”Along with his wife and son, Mr. Rafferty’s other two sons survive him. They are Ronald Rafferty of Sagaponack and Sean Rafferty of East Hampton. Four grandchildren, a niece, and a sister, Carol Scavone of Manhattan, also survive. A brother and sister died before him. Mr. Rafferty was cremated. Many of his family and friends gathered to remember him yesterday at Louse Point in Springs. Another memorial gathering is planned for next month.