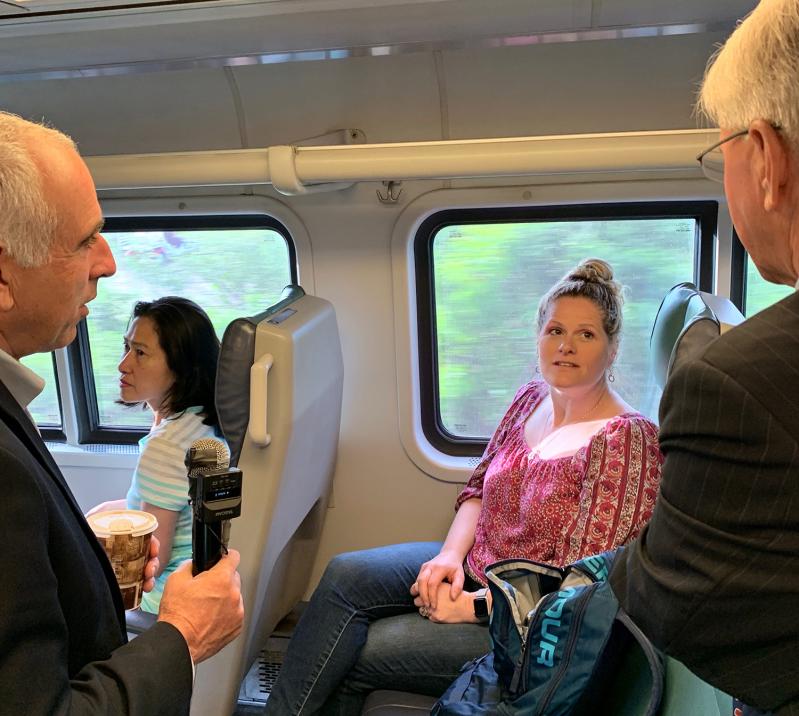 As traffic builds, ever more South Fork workers are choosing rails over road