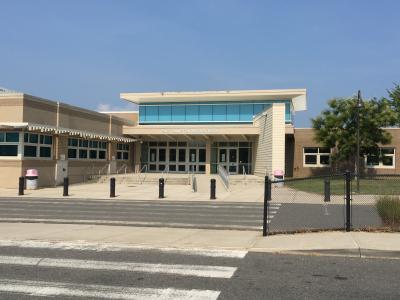 The long, winding, and expensive disagreement between the East Hampton School District and Sandpebble Building has ended. After 13 years of legal maneuverings and millions of dollars, the New York State Court of Appeals effectively ended the contractor’s legal action on Jan. 23 by finding no damages are warranted beyond what the district already had paid the Southampton-based contractor.Sandpebble’s window to file a motion challenging the court’s ruling expired last month with no further action by the contractor. That effectively ended the firm’s quest to collect far more than the $1.6 million it received in a 2016 judgment, which went against the district following an 11-day jury trial in State Supreme Court. Sandpebble had asked for $3.7 million in damages, plus interest.“The district is extremely satisfied with the Appellate Division’s decision in rejecting Sandpebble’s appeal,” Jonathan W. Lipshie of Pinks, Lipshie, White & Nemeth of Hauppauge, the firm representing the district, said in a phone interview Monday. “The district has moved on. The case is completely over.”Though Sandpebble’s final appeal began in 2017, the dispute actually began in 2006 — four years after the East Hampton School District signed a 2002 contract with Sandpebble to renovate its three schools for a payment of 5 percent of the originally estimated $18 million project. When the district failed to ratify the contract by 2004 and suggested an amended proposal to Sandpebble, negotiations broke down. The district went on to sign a contract with a different contractor, arguing the scope of the project had changed significantly, and the district and Sandpebble ended up suing each other. After many years of motions and legal delays, Sandpebble was awarded $755,000 in 2016, and the district was ordered to pay 9 percent interest on that amount dating back to 2006, the date when Sandpebble first sued.  The $1.6 million the district paid Sandpebble in 2016 came on top of its hefty legal fees, which were already at $2.8 million by the time Sandpebble appealed.Now the saga is over, but neither side can claim total victory. Had the original 2002 contract between the district and Sandpebble held, the East Hampton School district would have had to pay Sandpebble $900,000, 5 percent of $18 million. However, East Hampton had already spent $4.4 million on the case by 2016 — a figure that doesn’t include whatever additional costs the district absorbed over the past three years to defend itself against Sandpebble’s final appeal. The eventual cost of the renovation was $80 million.