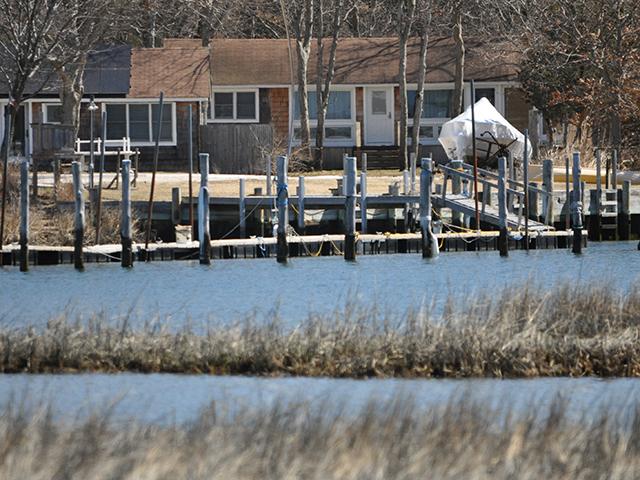 The owners of Sunset Cove Marina on Folkstone Creek off Three Mile Harbor hope to install oyster-growing platforms where boats used to be. The town trustees had many questions as they considered a permit request on Monday.