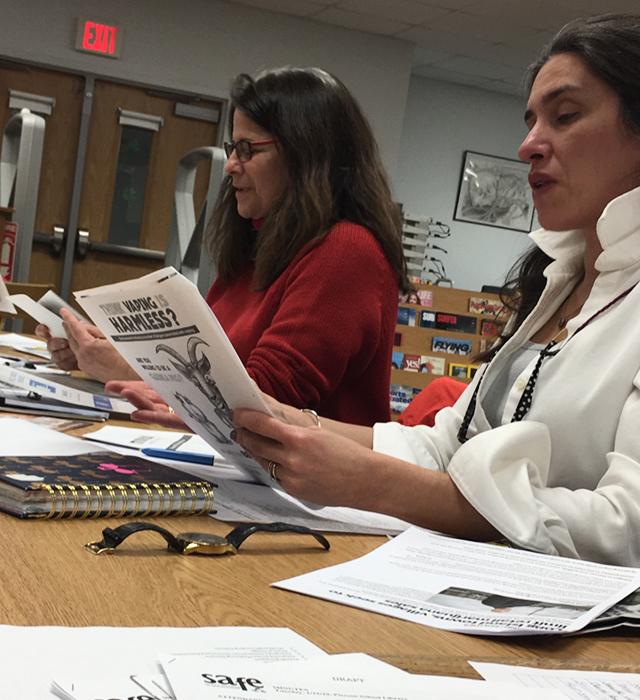 Danielle Laibowitz, left, and Tanya Rulon-Miller of SAFE in Sag Harbor reviewed some educational materials about substance abuse at the group’s most recent meeting at Pierson High School.
By Johnette Howard