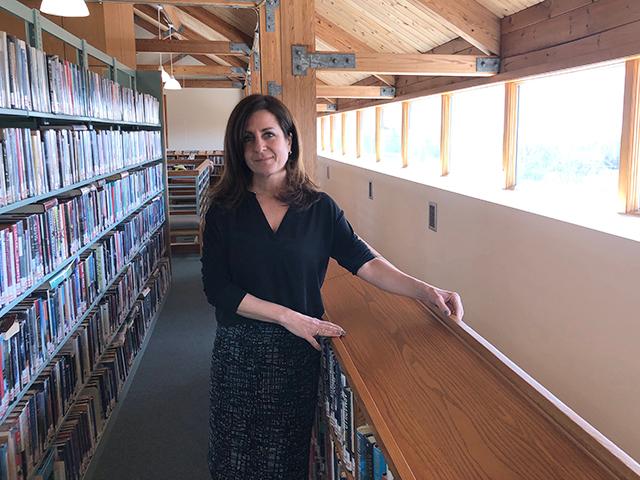 Denise DiPaolo, director of the Montauk Library, in the mezzanine area, which is now open to the main floor of the building. Under a proposed renovation and expansion plan, most of the open areas would be filled in, creating more space on that level and improving acoustics throughout.
By Carissa Katz