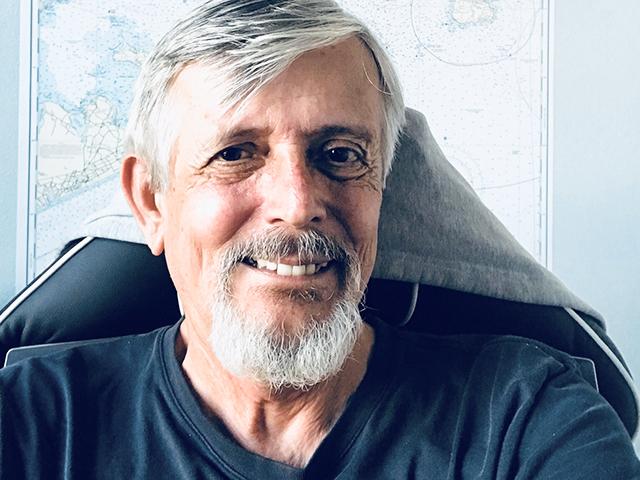 Frank Paul Kennedy, a retired member of East Hampton Town Marine Patrol who responded to in the aftermath of Sept. 11, 2001 terrorist attacks, with the East Hampton Town Police Department, died last Thursday in Hospice of Health First in Palm Bay, Fla. He suffered from a 9/11-related cancer for seven years, his family said. He was 61.Mr. Kennedy was among 11 town officers who responded to a New York Police Department request for help from law enforcement personnel in the days after the attacks on the World Trade Center. The men spent 36 hours helping to secure a perimeter.As recently as last month in a letter to the editor in The Star, Mr. Kennedy wrote about his illness, saying that he was diagnosed with a cancer that New York State, the Social Security Administration, and the U.S. Department of Justice have attributed to the toxins present at the Ground Zero site. In the letter, he wrote of his regrets — none of which included going to Ground Zero. But, he said, he was saddened that officials in the Town of East Hampton had never acknowledged his illness.In an email to this writer on Sept. 11, 2018, Mr. Kennedy wrote: “The heroes that died on 9/11 should never be forgotten, nor should the fire, and law enforcement officers that are passing away on a daily basis. I will be among them shortly. Although many people in town government know of my plight I have never received any recognition. I am bitter about this after serving and honorably retiring from the Marine Patrol. I do not claim to be a hero, rather I’m someone who did his job and would do it again knowing the outcome.”He followed up by saying he hoped his illness would somehow be recognized for the sake of his wife, Shelby, and his son, Ian.Mr. Kennedy was born in Queens on Sept. 3, 1957, to Francis Kennedy and the former Gloria Ferretti. He grew up in Massapequa Park. He graduated from Saint John the Baptist High School in West Islip in 1975, and joined the Navy, serving from 1976 to 1982 on the carrier John F. Kennedy as an antisubmarine technician.It was on a blind date in Virginia Beach while he was in in the Navy that he met the former Shelby Weaver, whom he would go on to marry on Aug. 28, 1982.After he retired from the Navy, he worked for a time as a broker on Wall Street, but he found he wasn’t a white-collar worker, his wife said. He became a deputy sheriff in Orange County, N.Y., where they lived for three years before moving to Springs. His parents had a house here and he had spent time surfing in Montauk as a teen. The couple raised their son in Springs.In the early 1990s, Mr. Kennedy was hired as a part-time Marine Patrol officer, a job that eventually became full time. He rose to the rank of senior harbormaster, wearing sergeant stripes.Ed Michels, the chief harbormaster, worked with Mr. Kennedy directly and said it was a big loss when Mr. Kennedy retired in 2010. “He was a valued member of Marine Patrol, very competent, a very good harbormaster.” He called him a “go-to guy.”East Hampton Town Police Chief Michael Sarlo remembered Mr. Kennedy as part of the department’s deployment to New York City on Sept. 11. “He was a very nice guy who truly enjoyed the job,” he said.Eddie Ecker, the former town police chief, said he worked with Mr. Kennedy when he was a Marine Patrol officer and when he was assigned to the town’s code enforcement housing task force. “He was always ready to pitch in and help out,” he recalled.Friends may recall he enjoyed riding motorcycles, classic cars, and cheering on the New York Giants and Mets — he was an avid fan, his wife said.In addition to his wife, who lives in Florida, and his son, who lives in Charleston, W.V., his siblings, Kevin Kennedy of Lindenhurst, Neil Kennedy of East Islip, and Kathleen Byrne of Mill Valley, Calif, survive. Three grandchildren also survive. He also leaves behind Indi, a 15-month-old golden retriever that he spoiled.Mr. Kennedy was cremated. His ashes will be dispersed at a service at sea aboard a Navy vessel.His family suggested memorial contributions in his name to the American Legion Post 419’s book scholarship fund or for a Sept. 11 memorial being constructed at the Legion property. The address is P.O. Box 1343, East Hampton 11937.

Petition to Speed Up Sand Replenishment in Montauk
Artistic Portraits of M.L.K. Up for Auction on Saturday
Wine Tasting for Lions Club
END_OF_DOCUMENT_TOKEN_TO_BE_REPLACED