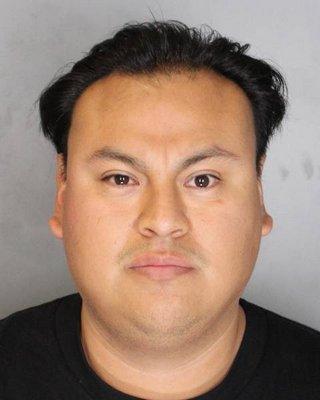 A Queens man who seriously injured a Montauk pedestrian and fled the scene in a drunken-driving incident last Memorial Day weekend has begun serving his prison sentence early.  In January, Jose Romero-Flores, 33, pleaded guilty to two felonies, vehicular assault in the second degree and leaving the scene of an accident with a serious physical injury, as well as misdemeanor driving while intoxicated.Mr. Romero-Flores was driving west on Montauk Main Street in a 2016 Ford van owned by Todaro Brothers, a gourmet deli and catering company in Manhattan, when, just after midnight, he hit a 26-year-old New York City woman who was crossing the street. Sophia Pitts was struck near South Embassy Street, hit the windshield, and fell back onto the street. She suffered a head contusion among other injuries, according to the police report, and was airlifted to Stony Brook University Hospital, where she spent time in the intensive care unit.The van sped away, but police caught up with it quickly, thanks to a description provided by Dwayne Denton, a fire marshal on duty in Montauk that night.Mr. Romero-Flores had been free on $25,000 bond until April 17, when he was taken into custody. His East Hampton attorney, Carl Irace, said the man “is serving the time up front,” meaning before the yearlong sentence is actually imposed. With his client pleading guilty to all counts, Mr. Irace was able to negotiate a deal directly with Suffolk County Court Judge Anthony Senft that, he said, “reduces the likelihood of adverse collateral consequences” for his client. Had Mr. Romero-Flores been sentenced on the felony, he could have been subject to deportation. A native of Mexico, he is a DACA recipient, the Deferred Action for Childhood Arrivals program created by President Barack Obama in 2012. He has been in the country since he was a young boy. However, by serving his time before his sentence is actually imposed, he will likely avoid an immigration case. He will probably be released from jail by Christmas, once Justice Senft formally hands down the sentence, which also includes five years of post-release probation.