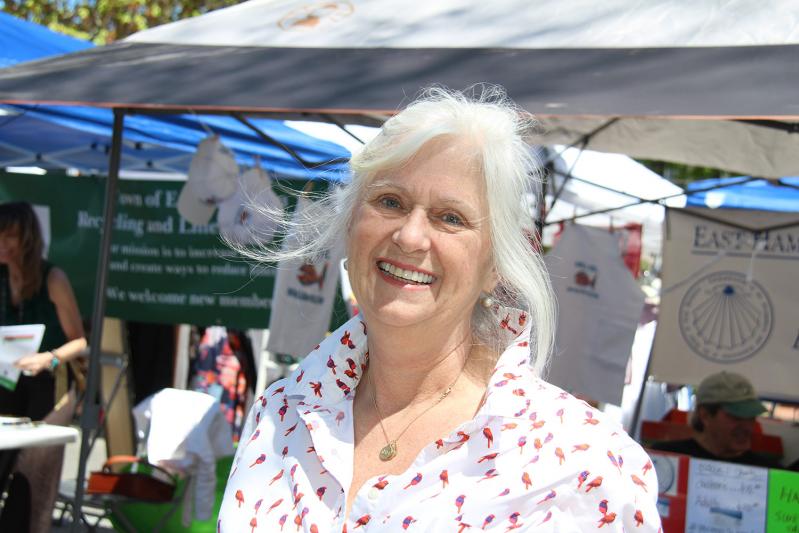 Kathleen Mulcahy, a candidate for mayor of Sag Harbor Village in the election to be held on June 18, called for the creation of a village administrator position, improved communication between the mayor and the public, and more long-term planning in a discussion of her campaign last week.Ms. Mulcahy is running against Mayor Sandra Schroeder, who has held the office since 2015. Although Ms. Mulcahy, who has lived full time in the village since 2001, announced her candidacy earlier this month, she said she has been pondering joining the race since the 2017 mayoral election, when Mayor Schroeder ran unopposed.“It just felt wrong,” she said, referring to the lack of choice on the ballot. “I didn’t do anything about it, but I was sort of sad about it.” A former marketing executive for PepsiCo, the food and beverage company, Ms. Mulcahy said she would focus the mayoral duties on long-term strategic planning. While working in the corporate world, she said, “We always had five-year plans, 10-year plans, to set the guardrails so we know where we want to go.” A lack of proper planning, she said, had led to the size and scale of village houses growing out of proportion. “It feels like everybody’s getting variances to build bigger, so we’re losing the charm,” she said. “I also don’t think we’ve been as worried about the water as we absolutely have to be.”Ms. Mulcahy said a full-time village administrator is necessary to ensure projects proposed by the village board are implemented efficiently. “We need an administrator to make sure we’re getting the right bids and the right contracts,” she said. “We have all these great ideas, all these boards that come up with plans, but there’s nobody whose job it is to do project management. The village clerk is overwhelmed with work already, and I don’t think that is the mayor’s job.” “That’s how you would get things like installing bike lanes done,” she said. As far as village finances are concerned, Ms. Mulcahy said she would develop a “zero-based budget,” that is, one that examines line items to determine whether every penny being spent is warranted. “You don’t just add 2 percent each year,” she said. A mayor, Ms. Mulcahy said, should also be more open to having discussions with the public than Ms. Schroeder has been. “People feel closed off and like they’re not being heard,” she said. She ascribed the outcry after the village’s recent decision to build a vehicle impound yard on a site adjacent to the Long Pond Greenbelt to Ms. Schroeder’s “communication problem.”The mayor, she said, should have had more of a conversation with residents about why the project was a necessity, “rather than just saying, ‘No, this is where it’s going to go.’ ”In an effort to foster more communication, Ms. Mulcahy said she would schedule regular meetings with the public to hear their concerns. “I want to have office hours,” she said. “Good ideas come from all over, and many of our residents are some of the most creative people in the world.”