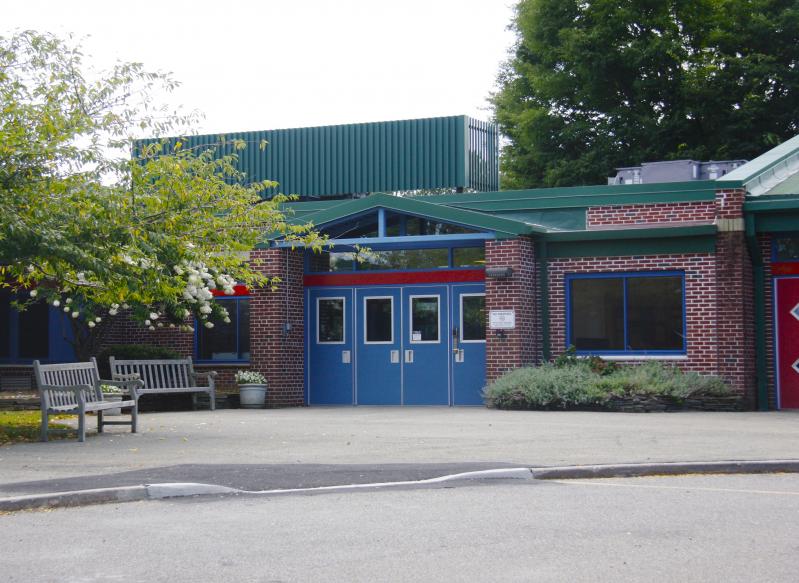 The John M. Marshall Elementary School is rolling out a dual language program for kindergartners starting in the fall. Applications are due on Friday.
By Christine Sampson

The word for innovation in Spanish is “innovación.” The word for preparation is “preparación.” The word for unity is “unidad.”They’re all words that figure into the East Hampton School District’s plans to offer a dual-language program in English and Spanish to native speakers of either language starting in kindergarten in the 2019-20 school year.“The goal is bi-literacy,” Beth Doyle, the principal at the John M. Marshall Elementary School, said this week. “It’s a research-based program that is used all over the country, all over the world, where kids are immersed in a second language. It’s a great sort of equalizer and unifier, so students are able to communicate with one another with a great community benefit.”She explained that the program will have a 50-50 structure in which the class will be taught in English about half of the time and in Spanish the other half. The content area taught in Spanish will rotate every 10 weeks, and students will be evaluated in their native languages to make sure they have understood the subject area before the teacher moves on to the next one.More than 50 parents, including both native English speakers and Spanish speakers, signed a petition earlier this year in support of such a program.The deadline for families to submit an application for their kindergarten-bound children to join the dual-language program is tomorrow. Applications must be submitted in person at the school. Ms. Doyle said that 42 applications have been received so far and that two or three sections of dual-language kindergarten will be created for the next school year. “This is something the district has been talking about for at least 15 years, and we felt like the timing was right,” she said. “The stars kind of aligned. A lot of it has to do with the fact that our Spanish-speaking-household population has increased so much.”For instance, Ms. Doyle said, 79 percent of the current year’s prekindergarten class — meaning next year’s kindergartners — are Latino.In addition to the dual-language kindergarten classes, a “heritage” program will be introduced in prekindergarten in which story time and conversational Spanish will take place, and the students not enrolled in the dual-language kindergarten classes plus all first-grade classes will have basic Spanish lessons added to their curriculum.Ms. Doyle said the changes will be largely budget-neutral because the school already has several bilingual teachers and many dual-language materials. Grant money will cover other costs.Classrooms will be set up with color ful words posted on the walls: English words in blue and Spanish in red.“There are economic benefits, cognitive benefits,” Ms. Doyle said. “It’s kind of like learning an instrument. By the time they leave John Marshall, they’ll pretty much be fluent in Spanish. By the time they get to high school they’ll be able to take higher-level Spanish or even a third language. There are such great advantages.”Elizabeth Reveiz, East Hampton’s director of English as a new language and bilingual services, said East Hampton will join the ranks of districts like Southampton and Patchogue-Medford with similar programs. It takes a child three to five years to really grasp a language, she said.“This is the prime time to do it,” she said. “Everyone thinks you’re supposed to learn a language in seventh grade. You’re supposed to learn it in kindergarten. It will open the district up culturally. It will open up opportunities for students in the future.