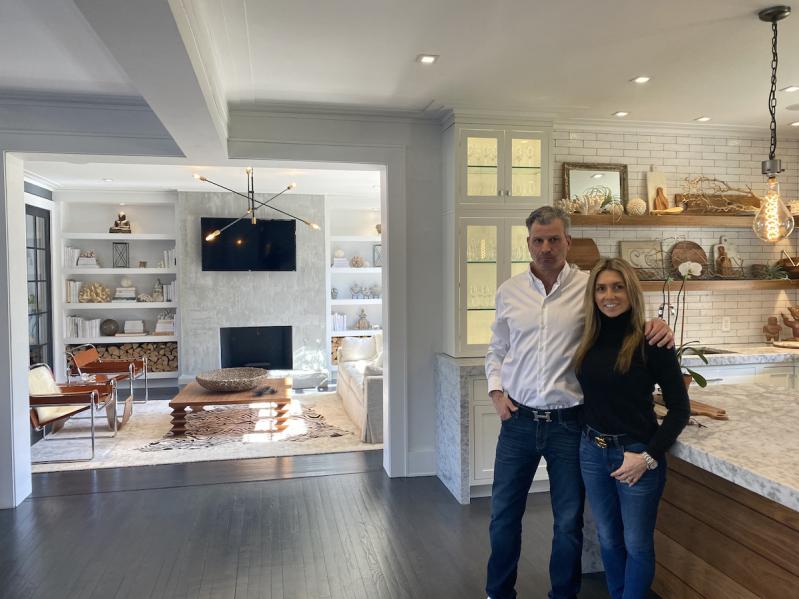 It's not too late to join the crowd of East End house hunters.

The Covid-19 pandemic may have kicked off a stampede of buyers, but real estate pros expect that demand will remain high long after vaccinations usher in herd immunity. That's according to Nicole Tunick, who works alongside her husband, Zachary Tunick, as a Douglas Elliman Real Estate team.

Even as the pandemic shows signs of easing, Ms. Tunick said, "the flexibility of work-from-home is here to stay." The appeal of having space and a laid-back lifestyle so close to New York City will continue to make an East End home a smart investment, she also said. As realtors and developers, the couple guides clients through the process of buying, renovating, and reselling houses, "so we have a handle on what buyers want," said Mr. Tunick.

For those eager to start scouring listings, the Tunicks offered these tips for finding a house in a hot market.

House hunters have been out in force for more than a year, and the competition will be even more heated this summer, but waiting for the market to cool is a losing battle, Mr. Tunick said. "Some people say, 'I'll see you again in the fall,' thinking it's going to slow down, but it's not." Plus, buying a house now offers the chance to rent it out for the summer to recoup the down payment.

Finding a bargain will be next to impossible unless you're looking west of the Shinnecock Canal, Mr. Tunick said. On the East End "nothing is discounted, but you can still find value." A price may seem inflated, but that may not actually be the case, he said, because "the market is moving at such a fast pace." There are also deals to be had if you're willing to put some work into a house because "most people want a finished product," he said. To decide whether a house that needs renovating will be worth the investment, he said, look for perennially popular features such as high ceilings, an open floor plan, good light, and a design that "brings the outdoors in."

Be Ready to Pull the Trigger

"This is not a market of hesitation," Ms. Tunick said. "We had bidding wars on the last three properties we sold." Getting preapproved for a mortgage is a must, as is having financial statements at the ready. "If you're not paying all cash, you have to make the offer look attractive" by assuring the seller the deal will be finalized quickly, Mr. Tunick said. Even the lawyer you choose to work with can make a difference. "We've had a number of deals stalled because the attorney wasn't local," Ms. Tunick said.

Focus on the Financial Upside

In terms of investments, "the best thing you could ever do is buy a house in the Hamptons," Mr. Tunick said. "I think of it as a triple blue-chip stock." Someone with limited resources can find a house in Springs for $750,000, put 20 percent down, use it for three seasons out of the year, and rent it for the summer. That way, he said, "You're going to make as much money as you would at your day job."