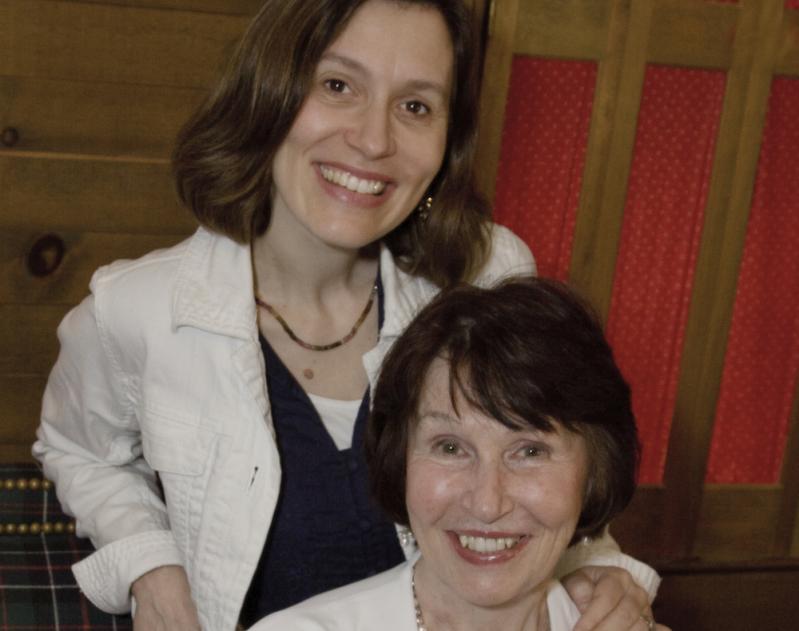 East End Acupuncture Associates is a long-established practice here helmed by the mother-daughter team of Carol Sigler and Julie Sigler-Baum.

While they share a practice, and Ms. Sigler-Baum was inspired by her parents to go into the field, each has a different approach, background, and concentration.

Before her study of Eastern medicine, Ms. Sigler was a nurse and a surgical supervisor at Mount Sinai Hospital in New York City. Given that, it came as no surprise that her first recommendation involved properly cleaning the hands.

“The virus concentrates mainly around the fingernails, so having a fingernail brush to wash your nails . . . makes hand washing really effective.” A brush with a plastic base can be run through the dishwasher to sterilize it, she added.

After moving to Wainscott, she introduced Lamaze classes to Southampton Hospital and discovered “when I pressed on the back on certain points that it helped the woman relax and ease her labor. That led me down the path to finally studying acupuncture.”

Although Ms. Sigler-Baum’s father, Stephan J. Sigler, was a traditionally trained medical doctor at Harvard University, he, too, studied acupuncture and helped two Chinese acupuncturists get licensed in New York. Her parents worked together for two decades, integrating Eastern and Western medicine practices.

Her training included traditional pre-med and sociology classes in college, clinical work, and continued study in Beijing, along with the study of herbology and nutrition with Jeffrey Yuen, and a recent certification in neuro acupuncture. The last discipline targets the central nervous system and upper cerebral cortex in the brain.

“I’ve had tremendous success with post-stroke and post-concussion syndromes, intractable epilepsy . . . very hard-to-treat cases.” She began her training “to save the life of my son,” who has epilepsy caused by a genetic mutation.

She defines her specialties as “de-stressing, P.T.S.D., intractable epilepsy, post-stroke, post-concussion, anything that involves the neurological system, people going through cancer, neuropathy,” as well as herbology and nutrition.

They have not been seeing patients, but “we check in with people periodically and just let them talk and then we make our suggestions,” Ms. Sigler said. In addition to telehealth appointments, they are considering starting reduced hours in May, allowing enough time to disinfect between patients and air out the treatment rooms, said Ms. Sigler-Baum.

Although they come from slightly different spheres of study, both cite the importance of structure, discipline, sleep, exercise, fresh air, and eating the right foods to stay healthy. They each take a walk every day, often with each other. “Julie and I have been going to the ocean,” Ms. Sigler said. “We can talk six feet apart and it’s windy. There’s no way a virus will land on you.”

Ms. Sigler noted that “when we are under stress like this, the tendency is to break our own circadian cycle.” To deal with stress, the two recommend both going to bed and having meals at the same times every day.

Ms. Sigler-Baum has begun studying a medical qigong practice with Robert Peng. Her daily practice “really involves the breath. Even if someone is not able to do qigong, you can breathe in through the nose and out through the mouth. That really grounds me.” Social connection is also very important to her, getting in touch with friends and family every day.

Both incorporate breathing exercises into their days to keep them calm and focused.

How to Do It

Ms. Sigler recommends relaxing the belly, letting it press out against the waistband. “Breathe into that place and carry your deep breathing up and into your mind and spirit. Relax in the certitude that this will pass.”

She added that her daughter was very wound up on one of their recent walks. She told her to think of someone outside of her family “who is meaningful to you, who you really admire. Now I want you to see them relaxing. We just breathed with that and held that thought.” Afterward, she told her mother she felt great. “If you watch someone else doing it, you can do it for yourself,” Ms. Sigler said.

Ms. Sigler-Baum said it was important to commit to self-care every day and schedule a specific time for it. Her breathing technique instructions are, “Sit on the side of a bed, put the left hand on the upper chest and the other hand on the stomach. Close your eyes. Make sure the spine is straight. Take a deep breath in and balloon the belly out. Exhale and take the belly to the spine. Hold each breath for four or five counts” and continue until you feel the tension release.

This article has been modified from its original and print version to correct the name of the practice.