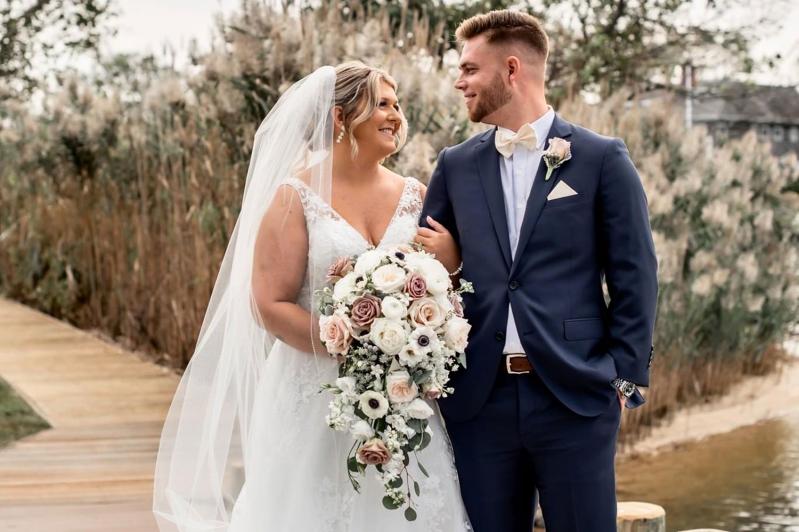 Carli Victoria Costello and Brian Francis Allmendinger were married on Oct. 10 in the backyard of the bride's grandfather Gary Richard in Bay Shore.

The bride is the daughter of Todd and Darian Costello of Montauk and West Islip. Her grandmother Flo Costello also lives in Montauk, as did her late grandmother, Elinor Richard. The groom's parents are Brian and Marie Allmendinger of West Islip. The couple honeymooned on Antigua.