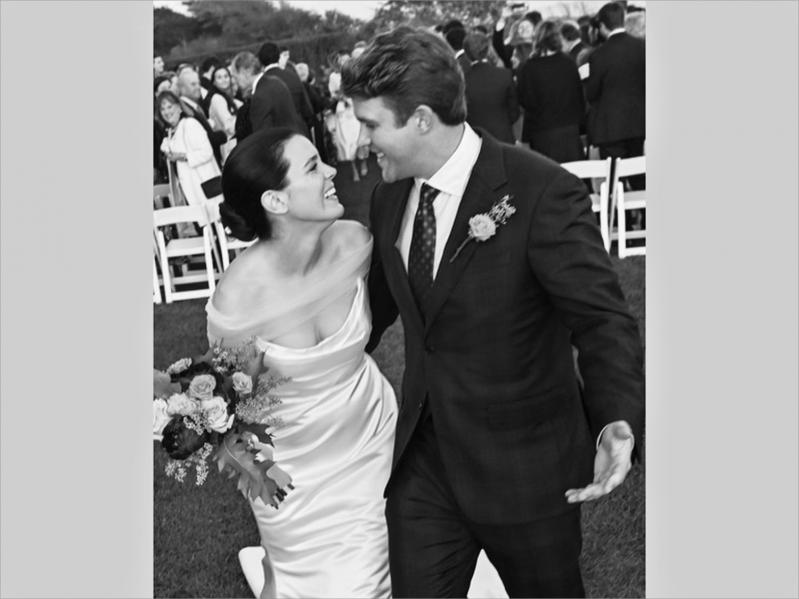 The couple met in New York City in late summer 2018.

The bride is the daughter of Pamela Poor Mallory and John Michael Mallory of East Hampton. She grew up in Charlotte, N.C., and spent her summers here. Wedding guests included a large number of former junior yachters from the Devon Yacht Club in Amagansett, where she attended camp in her youth.

The groom’s parents are Kendall Kincaid Stonerook and Thomas Lee Stonerook of Lancaster, Pa. Wedding guests on his side included a large extended family from Denver, and close friends from his childhood in Lancaster, college, and business school.

His best man was Michael Ryan Vanaskie of Denver, his brother-in-law. The bride’s nephews, Henry Gardiner Brooks, 14, and Theodore Preston, 9, who live in Charlotte, were ushers.

Her maid of honor was her niece, Ava Mason Brooks, 16, who wore the same white dress the bride had worn when she was the maid of honor, also at 16, in her sister’s wedding. The bride’s mother and her sister, Hope Brooks, also wore white.

The ceremony included readings by Laura Barret Stonerook, the groom’s sister, William Benjamin Brooks, the bride’s brother-in-law, and John Robert Lee, a friend of the couple. Another friend, Megan Grant, made the wedding cake.

The couple’s goldendoodle, Rocky, was not invited but was there to greet them post-celebration.

They honeymooned in France in early December.