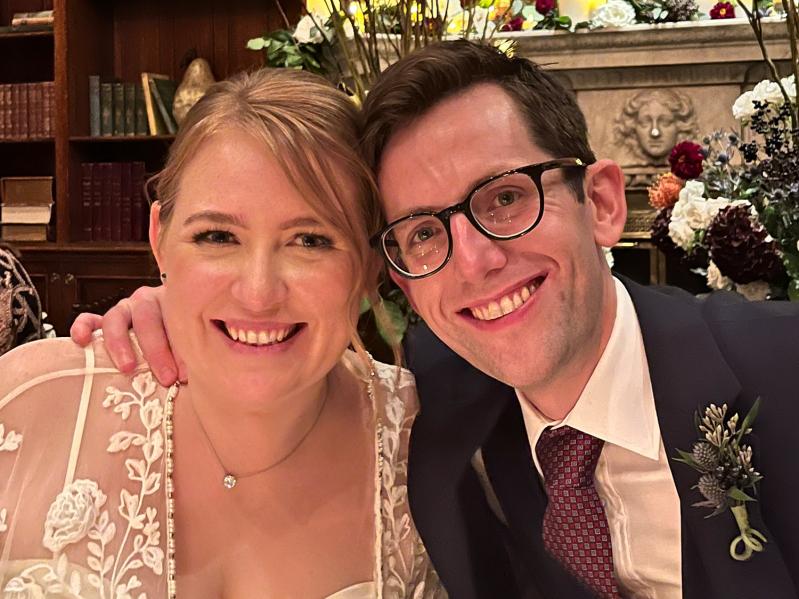 Elizabeth Heppenheimer and Colin Worby of Medford, Mass., were married on Nov. 5 at Hampshire House in Boston, the bar that inspired the “Cheers” TV series. Justice Roseanne Pope officiated.

The bride is the daughter of Martha Ball of Amagansett and William S. Heppenheimer of East Hampton. The groom’s parents are Naomi Brant of Basingstoke, England, and Philip Worby of Baughurst, England.

The bride, who holds a bachelor’s degree in biology from Franklin and Marshall College and a Ph.D. in ecology and evolutionary biology from Princeton University, is a science writer for the Broad Institute of M.I.T. and Harvard. The groom is a computational biologist at the Broad Institute. He has a bachelor’s in mathematics from the University of Sheffield in the United Kingdom and a Ph.D. in statistics from the University of Nottingham, U.K., and was previously a postdoctoral researcher at the Harvard School of Public Health and Princeton University.

The couple met at a work-social dinner party hosted by Peter and Rosemary Grant, husband-and-wife bird biologists, when they were both at Princeton.

The couple are planning a belated honeymoon to Alaska next summer.