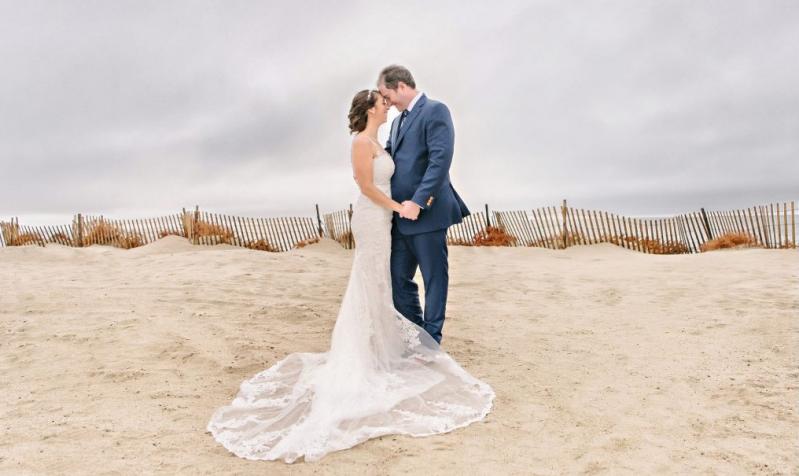 Lauren Katz and Thomas Martin of Montauk were married on May 3 at Gosman’s restaurant there. Marie Villeneuve, one of the bride’s best friends from college, officiated.

The bride is a daughter of Anita and Les Katz of Little Neck. The groom’s parents are Sally and Thomas Martin of Montauk.

The bride graduated from the State University at Binghamton and earned a master’s degree from New York University. She is an owner of Naturally Good in Montauk. The groom is a graduate of Boston University and is a manager at Gosman’s.

The couple met some 10 years ago and began dating over a trivia contest at the Point eight years ago.

Their 2-year-old daughter, Juliet, was the flower girl.