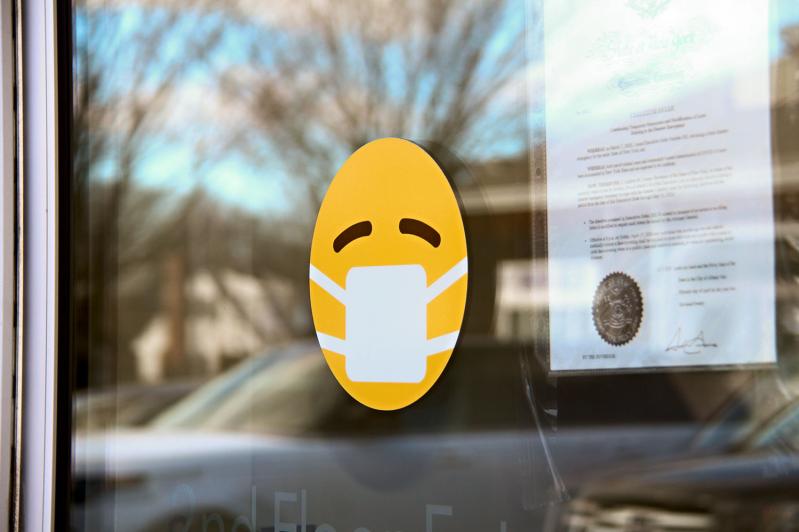 Mask mandates will remain in place for the foreseeable future, but New York State is easing some Covid-related restrictions as infection rates drop.
Durell Godfrey
By Jamie Bufalino

As Covid-19 infection rates continue to either fall or plateau across the state, Gov. Andrew M. Cuomo has announced that pandemic-related restrictions on social gatherings, indoor dining at restaurants, and attendance at arts venues will be relaxed.

The daily infection rate in Suffolk County, which had been as high as 11 percent in early January, has been steadily declining and, since March 1, it has hovered around 4 percent, according to the state. On Tuesday, the most recent day for which data was available, the county reported 598 new infections for a daily positive test rate of 4.37 percent.

Governor Cuomo announced on Sunday that starting March 19, restaurants outside of New York City will be allowed to increase indoor dining capacity from 50 to 75 percent. "The numbers are down — when the numbers are down we adjust the economic reopening valve," he said. "The data has shown that restaurants can operate safely and in accordance with strict health protocols at 75 percent capacity." Restaurant workers are among those in the state who have been eligble to receive the Covid-19 vaccines.

Starting March 22, the number of people allowed to gather outdoors at residences will increase from 10 to 25. Because of the risk associated with residential indoor gatherings, the 10-person cap will remain in place.

In February, Governor Cuomo announced that wedding receptions and other catered events would be able to resume starting Monday, with attendance capped at 150 people, and venues restricted to 50 percent capacity. Prior to the event taking place, venues must notify local health departments, all guests must receive a Covid test and provide information for contact tracing, and masks must be worn except while seated and eating or drinking. "Ceremonial and socially-distanced dancing" will be allowed, according to state guidelines.

On April 2, the state will permit arts and entertainment venues to reopen at 33 percent capacity, with up to 100 people allowed indoors and up to 200 outdoors. According to the state, if attendees present proof of a negative test prior to entry, capacity can increase to 150 people indoors and 500 outdoors. Social distancing and face coverings will be required. Movie theaters outside of New York City were allowed to reopen in late October at 25 percent capacity and with no more than 50 people per screening room, but the theater in East Hampton has yet to reopen.

The governor's ability to use executive power to impose new pandemic-related restrictions was curtailed by a new law that went into effect on March 7. "The measure . . . immediately revokes the emergency powers and ensures legislative oversight of changes to state laws or directives," said Assemblyman Fred W. Thiele in a statement about the law, which he strongly supported. The law limits the governor's directives to those "nec-essary to reduce the spread [of Covid-19] or increase vaccinations."