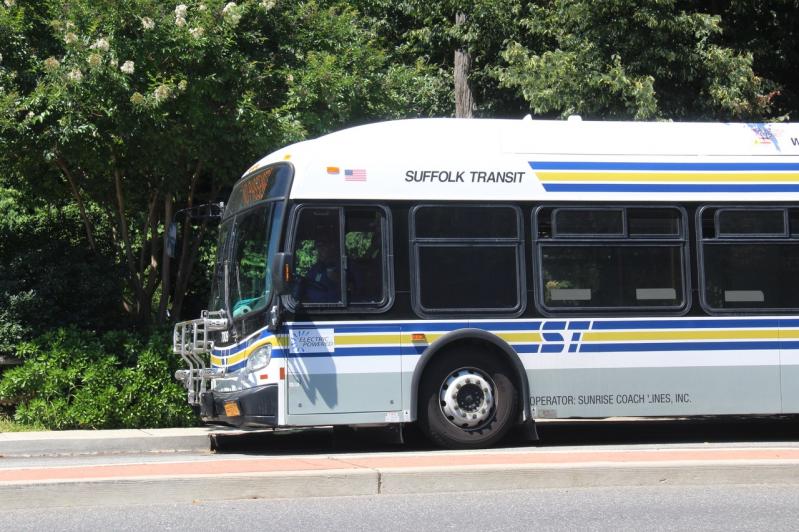 Officials are weighing cuts to public transportation in light of Covid-19.
Durell Godfrey
By Christopher Walsh

Suffolk County Executive Steve Bellone announced on Friday that the county will be forced to make significant reductions in transit services in the 2021 budget without substantial federal disaster assistance. Nineteen bus routes could be eliminated, including the 10C, which loops between East Hampton and Montauk, and the 10B, which loops between East Hampton, Springs, and Bridgehampton.

The 10C serves 85 passengers per day; the 10B serves 45. The 8A, which services Riverhead and 131 passengers per day, would also be discontinued. Other routes across the county take passengers to and from hubs including Long Island Rail Road stations and shopping centers. Not included in the proposed service cuts is the S92 bus, which links East Hampton and Orient and passes through Sag Harbor, Southampton, and Riverhead.

The discontinuance of 19 routes would equate to 46 percent of all routes. Cuts will impact 2,300 rides daily and total approximately $13 million in savings, according to Mr. Bellone’s statement.

“Plain and simple, Washington’s inaction is an assault on our transportation system,” Mr. Bellone in a statement issued on Friday. “Public transportation is vital to our communities and essential workers. This should not be a political issue as both Democrats and Republicans alike support funding to local governments to stave off these types of cuts. Time is up, we need relief now.”

Mr. Bellone also made a direct appeal to President Trump, requesting that he call upon Senate Majority Leader Mitch McConnell to pass a federal disaster assistance bill in the Senate to prevent these potential cuts. Earlier this year, he created a Covid-19 Fiscal Impact Task Force to conduct an independent review of the county’s multi-year plan and the pandemic’s true impact. The report found that the county could face a cumulative budget shortfall of up to $1.5 billion over the next three years due to the pandemic’s economic fallout.

It is estimated that the county will lose $6.1 million in fare revenue this year, and New York State has already announced that Statewide Mass Transportation Operating Assistance funding will be cut by 20 percent, which equates to roughly $6 million. The county had previously received a one-time disbursement of $26.6 million in federal CARES Act assistance to support transportation.

Given the reductions in fare revenue, state operating assistance, and sales tax revenue, all of which are used to fund the operating expenses of the bus system, the CARES Act funding allowed the county to continue to provide the current level of transportation services without any curtailments for 2020 only. The total operating cost of Suffolk Transit is more than $85 million, with more than $43 million being funded by the county, more than $29 million from New York State, more than $4.4 million from the federal government, and $8.2 million in fares.

In the wake of the pandemic, the New York State Association of Counties, a bipartisan organization comprising 19 chief executives from counties across the state, announced that counties face a quadruple threat of declining local revenues, especially sales tax, but also hotel occupancy taxes, mortgage recording taxes, and gaming revenues. At the same time, counties are spending more to respond to health emergencies.