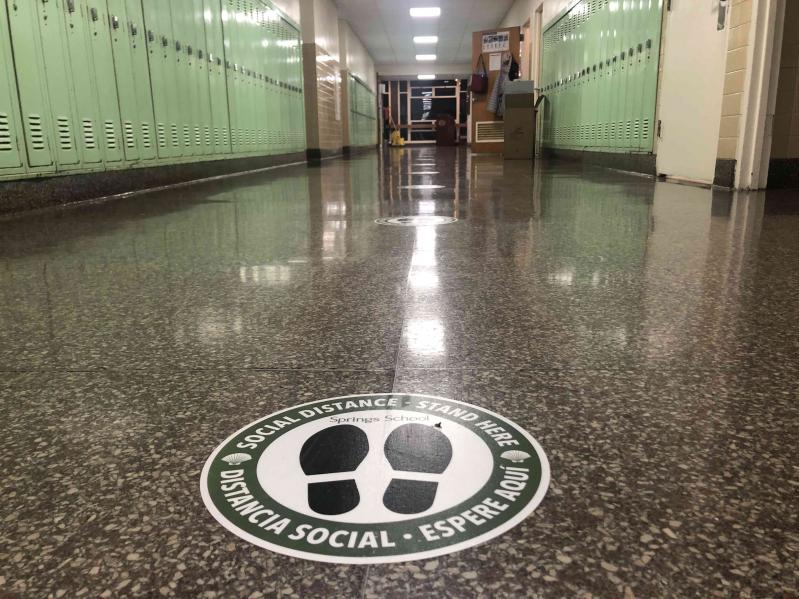 The Springs School is closed Friday after several new cases of Covid-19 were reported this week.

The School Covid Report Card, a state database that details the number of cases in local schools, shows one new case reported on Monday, three on Tuesday, and one on Wednesday. Of those five, four were students and one was a staff member. Thursday's data has not yet been published on the website, which can be accessed publicly at schoolcovidreportcard.health.ny.gov.

Springs has now had 13 total cases since the start of school in September. That total includes one individual who has not been required to physically report for in-person classes.

Friday was to be the first day back in school for all students in kindergarten through second grade. Previously, all Springs students had been learning in two separate groups in-person twice per week, with three days of remote classes, but administrators developed a plan to bring more children back.

The district, which educates children up to the eighth grade, said on its website that school will reopen on Monday.

Debra Winter, the district superintendent, said Friday afternoon that the closure was instituted "out of an abundance of caution."

"It was a large number, for us," she said. "For a small school like Springs, when you say you've had five cases in one week, it raises everybody's anxiety."

She said she spoke to the Suffolk County Department of Health Services and requested a testing program like the one that the department recently facilitated in the East Hampton School District.

"They said, 'No, you're not coming up to a yellow zone,' " Ms. Winter said. "We have districts that have 30 to 50 cases a day, but testing would really help. In East Hampton, the testing numbers they had — no positive cases — speaks volumes for the school."