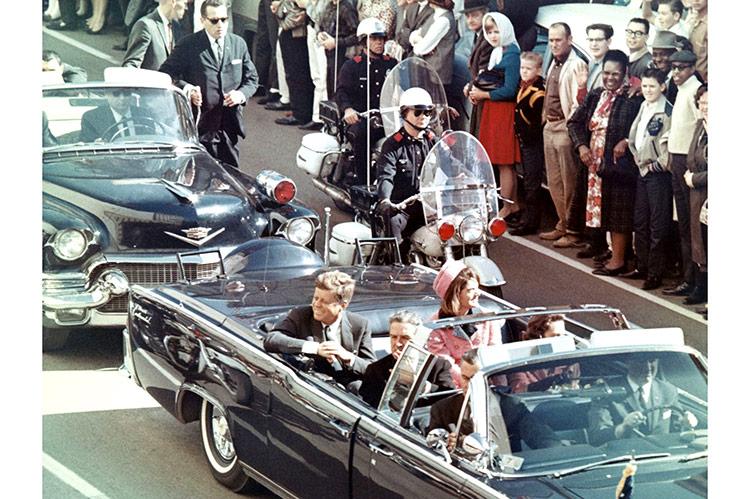 Mine is not an unusual story, so if you’re looking for the unusual, don’t bother to read this. I am one of many who hold this searing image, one of millions, I am sure.

Shared grief is supposed to help one get through. I don’t know if any one of us really got through John F. Kennedy’s assassination. We all bear scars. How we perceived America changed with that bullet, a bullet that destroyed our innocence as well. The world spun on a different axis after that day.

The updates kept coming. I remember calling out from my room to my dad, who was shaving. Very upset, shaken, I approached the bathroom. My father, lathered up in white shave cream, razor in hand, said, “He’s not going to make it.”

But it wasn’t. J.F.K. died midday and it broke my heart. Worse, it shattered my faith in a country where I thought the good guys won and the bad guys lost. The myth that TV told us daily was not to be believed. It was flawed. Never again would I have blind faith.

Decades later I awaited a grandson due the first week of December. But as babies do what they need to do, he was born early, on Nov. 21, 2003, or 5764 in the Hebraic calendar. No matter the numeric year; the year didn’t concern me. The number of the day the baby was born was on my mind. It was so close to the terrible date.

That Thanksgiving as we celebrated with a new baby too young to chew on drumsticks, I was grateful we missed Nov. 22 by one day. For me it was a painful date. Nov. 21 would be a joyous date now and forever.

Our nation has been littered with bodies, ordinary people whose souls are scattered to the winds like leaves. Senseless shootings with guns that should not have been available continue to plague our seasons. From fall to summer, guns kill and maim the innocent, as we all stand frozen in disbelief: “Oh no, not again.”

When will we ever learn?