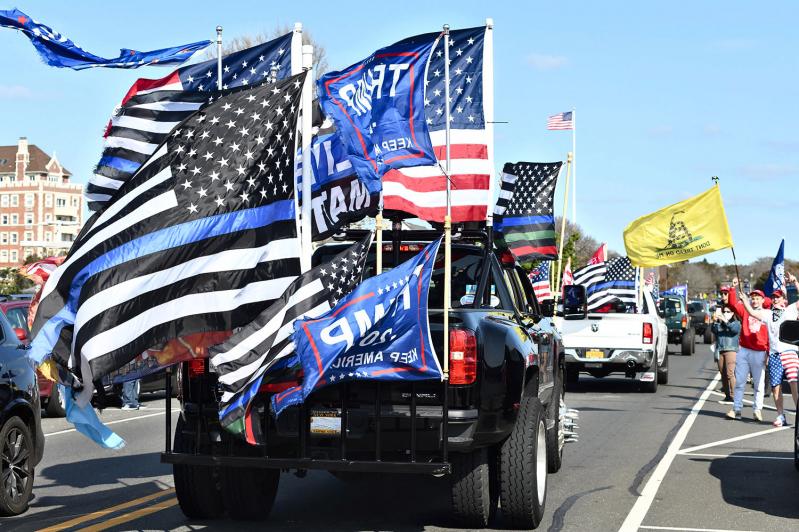 If a Supreme Court justice is appointed for life, why can’t a former president appoint justices for the same period of time? If this case ever makes its way up the judicial ladder, would it simply be called Trump v. U.S.?

At first glance this would logically seem to make sense. But the question is one of a number of classified documents that have recently been released by the Jan. 6 commission in light of the recent Supreme Court order (DONALD J. TRUMP, FORMER PRESIDENT OF THE UNITED STATES v. BENNIE G. THOMPSON, IN HIS OFFICIAL CAPACITY AS CHAIRMAN OF THE UNITED STATES HOUSE SELECT COMMITTEE TO INVESTIGATE THE JANUARY 6TH ATTACK ON THE UNITED STATES CAPITOL, ET AL.).

Documents recently released from the presidential archive reveal that the former president genuinely struggled with the reasons why he couldn’t continue to make appointments to the court, even if Joe Biden’s election were confirmed, along with why the P.G.A. finally decided to turn down Bedminster for 2022.

The former president famously doesn’t like emails, but many of these feelings were recorded on the back side of his McDonald’s orders from Jan. 4 and Jan. 5. For instance, on Jan. 5 former President Trump ordered the Big Mac Happy Meal with large fries and large Diet Coke. On the back of the order form found in the archive were the words “send l0 piece McNuggets to Sidney, Bannon, and Miller, small fries, no drink.” Other menus from McDonald’s and Burger King (whose Impossible Whopper had attracted the attention of the Oval Office) had been torn in too many places to distinguish “presidential” from “fast-food” orders.

The question of post-inaugural appointments and the ensuing opinion written by Rudy Giuliani (on the back of a Popeye’s menu) were part of a failsafe mechanism put into place in the unlikely event a Democratic candidate were finally certified.

In a related matter, the documents in the archive reveal that the president’s chief of staff, Mark Meadows, was considering either Enrique Tarrio, leader of the Proud Boys, or Stewart Rhodes of the Oath Keepers as possible candidates for Homeland Security, at such a point as Joe Biden finally moved into the White House. Mike Lindell, the My Pillow founder, would replace Mike Pence, if the vice president were hanged by an unruly mob.

Though the election was rigged, there were still reasons to ensure that Mike Pompeo, the secretary of state during the Trump years, could continue to represent the interests of the United States abroad. If Pompeo were not allowed to serve, then what would he do? With unemployment numbers on the rise, it made no sense to suddenly put a qualified person out of a job. Why have someone like Pompeo going from public service to public assistance?

Folders filled with other suggestions were found among the documents released by the Jan. 6 commission today. One concerned whether Lt. Gen. Michael Flynn’s plan to declare martial law should be considered a martial art. Another was a position paper on whether critics of Melania Trump’s Christmas decorations would be charged with high crimes and misdemeanors.

The matters of Representatives Paul Gosar and Marjorie Taylor Greene were lumped together in one classified document. Representative Greene famously had her epiphanic experience during a CrossFit class.

What did Gosar charge for “fillings” in his former career as dentist? How did this reflect on a plan to “fill” seats in the Arizona State Legislature? Had his root canals gotten to the “root” of the Big Lie?

What about Neil Gorsuch? Was his refusal to wear a mask when seated next to Supreme Court Justice Sonia Sotomayor, who suffers from diabetes, part of a White House plan to force the retirement of a left-leaning justice? Or was Gorsuch refusing to wear a mask simply because he was tired of Chief Justice Roberts addressing him as “Kemosabe.”

Chief of Staff Meadows and White House adviser Stephen Miller, who had been charged with finding a positive sobriquet for Gorsuch (what is the opposite of “Crooked Hillary”?) had not yet furnished the president with an answer in the days leading up to the Insurrection.

Other papers found in the archives were plans for a Trump casino and resort located at 1600 Pennsylvania Avenue, architects’ drawings for the “for profit” Trump University of International Relations (where access to classified government documents would be provided to any student who could pay the tuition), and a collection of love letters between Vladimir Putin and the former president, which would be rushed to press so as to appear in the windows of Barnes & Noble by Valentine’s Day — whether Republicans succeeded in getting the former president reinstated by then, or not.

Francis Levy is a Wainscott resident. He recently completed “The Wormhole Society,” which will be released as a graphic novel and in standard form. An animated version of his novel “Erotomania: A Romance” has just been completed and its trailer can be found on YouTube by searching for “Francis Levy Erotomania.”