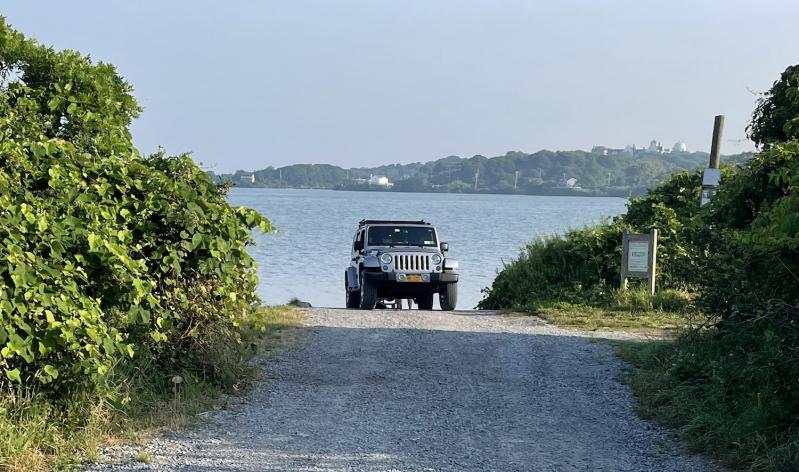 The recent rain, full-moon tide, and Atlantic Ocean hurricane swell were cited by Concerned Citizens of Montauk as the likely causes of spiking enterococcus bacteria levels detailed in the organization's weekly water-quality report on Monday.

A dozen test sites in East Hampton Town had entero levels that could be harmful to humans, most of them in Montauk, where high levels of bacteria were found in numerous test sites at Lake Montauk and on Fort Pond. Five Amagansett test sites all came in with low bacteria levels, while two spots on Accabonac Harbor in East Hampton eclipsed the entero level of 104 — considered the threshold for potentially negative health impacts to humans.

The organization has also been monitoring Fort Pond for signs of toxic cyanobacteria, which had bloomed in August. C.C.O.M. said this week that while “blue-green algae levels are still high enough in Fort Pond to trigger toxicity testing . . .  toxins have not been detected yet.”

C.C.O.M., which is hosting its annual family picnic at Ford Pond House Saturday from 1 to 3 p.m., works with the Gobler Lab at Stony Brook University's Southampton campus to keep tabs on harmful algae levels in two sites on the pond. The site at the boat ramp indicated a high risk for a toxic bloom, while the site along Industrial Road indicated a low risk.