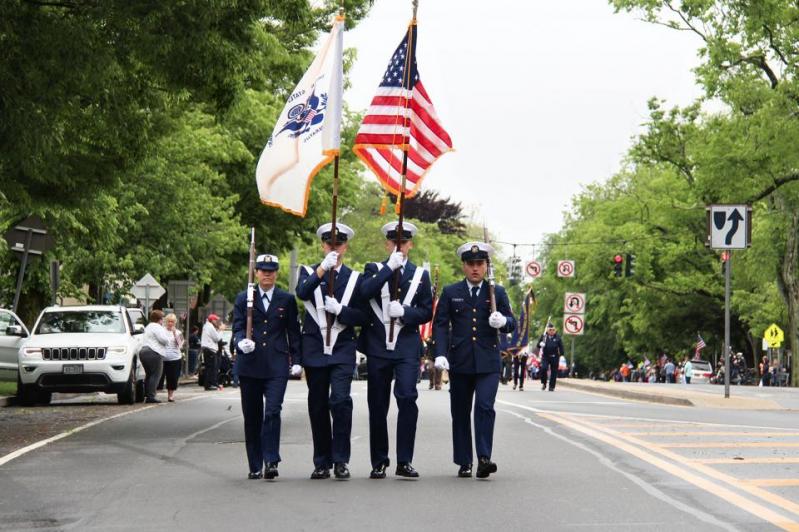 In East Hampton in 2021
Durell Godfrey
By Star Staff

Memorial Day will be celebrated in East Hampton Village with a veterans' parade on Main Street beginning at 10 a.m.; however, the day before, an honor guard will make the rounds of East Hampton Town cemeteries to pay respects to earlier members of the United States military.

Beginning at about 8:30 a.m. on Sunday at the Wainscott Cemetery, the group will travel by bus to 12 sites in all, to play taps and fire a salute. They are expected at the Jericho Cemetery at 8:50, 9:05 at the South End Cemetery, and 9:20 at Cedar Lawn.

Allowing for traffic, the schedule continues at roughly 15-minute intervals to Most Holy Trinity Catholic Church Cemetery, Round Swamp Cemetery, the Dominy plot at Lily Hill, then to Green River in Springs, with a stop at the war monument near Ashawagh Hall.

From Springs, the group will move on to Montauk, arriving at Fort Hill at about 11 a.m. before heading back west to be at the East End  Cemetery around 11:35 and Oak Grove at 11:45. Spectators will be welcomed at any of the stops.

On Monday morning at 9 there will be a short memorial ceremony at Main Beach in East Hampton Village. Following the parade, Staff Sergeant Jeanette Payne will be the keynote speaker at the Memorial Green near Hook Mill.

Staff Sgt. Payne served in Iraq in 2008 and 2009 with an aviation unit. "As our Memorial Day speaker, she serves as an important reminder of both the opportunities women have in today’s armed forces, and the important role women play," the V.F.W. Everit Albert Herter Post said in its most recent newsletter.

There will also be a Memorial Day parade in Sag Harbor on Monday, starting at 9 a.m. at the World War I memorial on Main Street at the corner of Jermain Avenue. It will proceed up Main Street with stops at the village's World War II memorial, firehouse, the Lance Cpl. Jordan Haerter Memorial Bridge, and Marine Park. There, wreaths will be laid, speakers will offer remarks, and the Sag Harbor Community Band will perform.

Mashashimuet Park's History and Future
A Conference for Young People to Create Solutions
Get Outside, Get Moving
END_OF_DOCUMENT_TOKEN_TO_BE_REPLACED