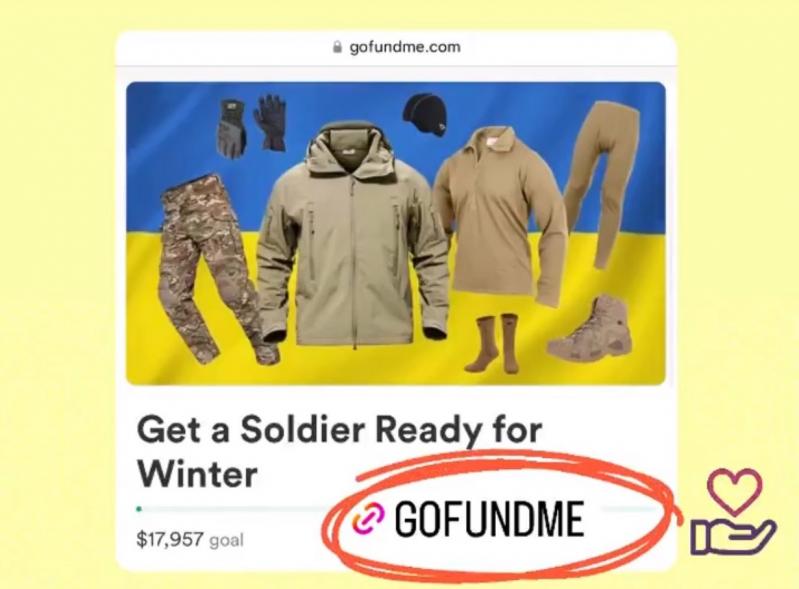 Julia Kolomiyets is raising money through her Instagram page for winter clothes for Ukrainian soldiers.
By Christopher Gangemi

This time of year, there are lots of opportunities for giving. Toys for Tots, food for food pantries, and now warm clothing for soldiers about to endure a Ukraine winter on the frontlines.

Julia Kolomiyets, who relocated with her mother Lena Yaremenko to Sag Harbor in 2003 and graduated from Pierson Middle School and then Southampton High School, has been using her Instagram account, @yulrusse, since February, when Russia invaded Ukraine, to spread information about protests, news from the frontlines, and fund-raising efforts.

"I have three family members in the army. Each is in a unit of 10 people, so I am hoping to raise funds for winter clothing for 27 soldiers," she writes on her GoFundMe page.

"Each set includes a jacket, pants, boots, thermal top, underwear, cap, socks and gloves." The cost of each set of clothing is $665.09, and they're delivered by volunteers from New York.

"Most of these guys have already been on the front lines for six months or longer," she writes. "The goal is to help them survive the cold and life in the trenches. No contribution is too small."