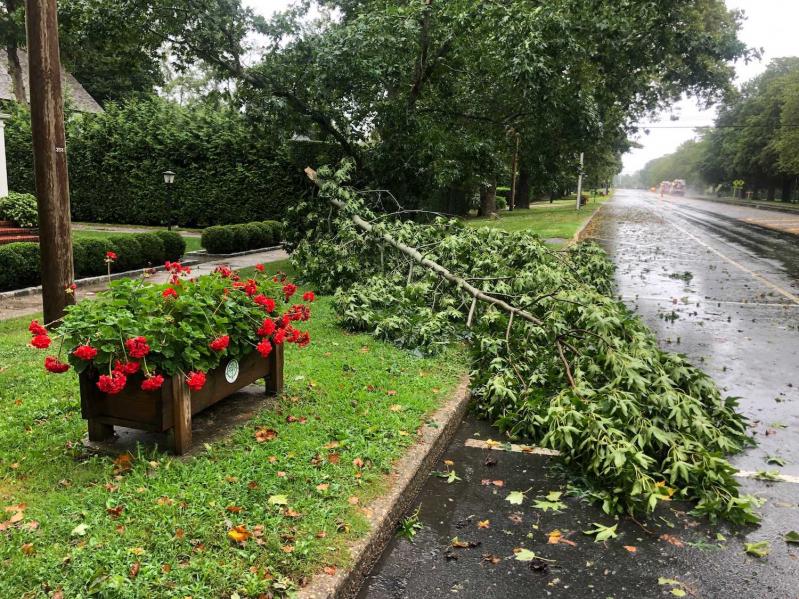 East Hampton Town was spared major damage as Henri passed through, but to help people deal with cleanup more quickly, the town will allow them to use gas-powered leaf blowers despite a seasonal ban.
Christine Sampson
By Christopher Walsh

In the wake of Tropical Storm Henri, East Hampton Town has temporarily lifted a seasonal ban on gas-powered leaf blowers that was enacted earlier this year.

Between Monday and Friday, gas-powered leaf blowers may be used for cleanup of properties in the town.

The law instituting the May 20 to Sept. 20 ban allows for a temporary lifting in times of emergency “to adequately and expeditiously address the emergency.” Supervisor Peter Van Scoyoc announced the lifting of the ban on Monday morning.

Mr. Van Scoyoc declared a state of emergency in the town on Saturday as Hurricane Henri advanced up the Atlantic coast and was predicted to make landfall on the South Fork. The storm was downgraded to a tropical storm and veered east, reducing its impact on East Hampton.