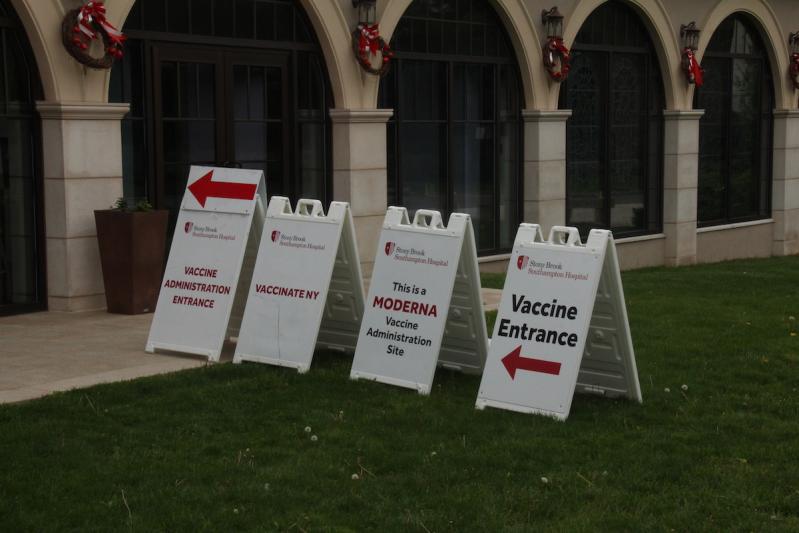 Vaccines were offered in May at the Greek Orthodox Church in Southampton, and will be again starting next week.
Durell Godfrey
By Christine Sampson

Starting in January, the Greek Orthodox Church of the Hamptons will become a vaccination site operated in partnership with Stony Brook Southampton Hospital. It replaces the Parrish Hall vaccination site near the hospital.

A hospital spokeswoman said Thursday that the change was made in order to accommodate more vaccine appointments — up to 600 per day at the church, an increase from the 200 appointments available at the Parrish Hall each day. It is also expected to ease the traffic for the drive-through test site at the hospital.

The Greek Orthodox Church of the Hamptons is at 111 St. Andrews Road in Southampton. Appointments for vaccines are required and can be made online via the hospital's online scheduling tool.