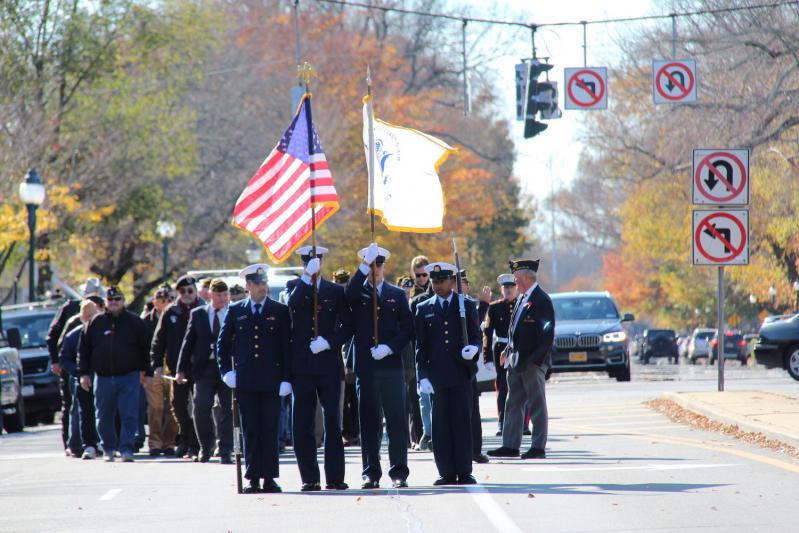 "This year we're getting two parades," Brian Carabine, a Marine veteran and commander of the V.F.W. post, said on Tuesday.

The parade will set out from near the Presbyterian Church and proceed north on Main Street to the memorial green by Hook Mill. There, retired Marine Corps Maj. Conlon Carabine will be the guest speaker. He grew up here, served in Iraq, Afghanistan, and many other postings during his military career, and now lives in Illinois.

Celebrate Hanukkah All Across Town and at Home
Stuffed With Turkey? Walk It Off
Blood Drive Tuesday in Bridgehampton
END_OF_DOCUMENT_TOKEN_TO_BE_REPLACED