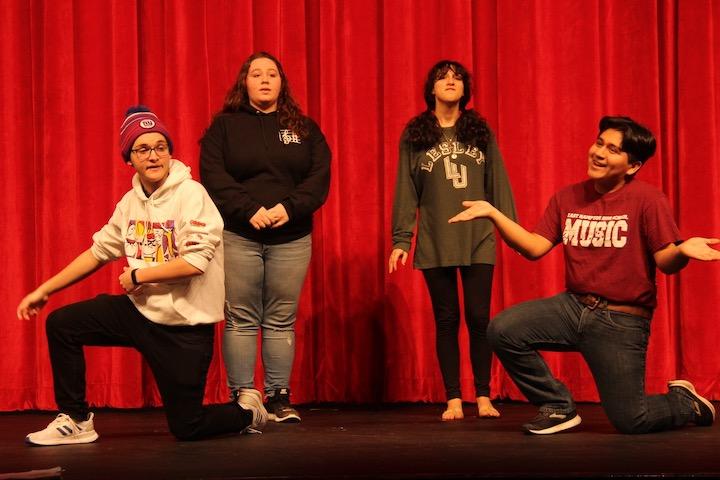 Although the high school theater season was cut short by the school closures caused by Covid-19, East End Arts is once again honoring a crop of talented student thespians for outstanding performances.

Now in its 18th year, the organization's Teeny Awards program is a junior take on the Tony Awards. From among the 18 member schools, many local students received recognition. The awards will be presented on Facebook on July 23 at 6 p.m. on the Teeny Awards page, facebook.com/teenyawards.

Yanni Bitis, a Pierson High School senior, who played the role of Gerry Dunbar in “Play On" in the fall, earned a nomination for best lead male in a play. Gaylin Davey, a Pierson junior, portrayed Violet Imbrey/Diana Lassiter in “Play On” and earned a nomination for best lead female in a play. For additional performances in "Play On," two more Pierson students, Thomas Schiavoni, a junior, and Eva Doyle, a senior, earned Teeny Award nods as best supporting male and female, respectively, in a play.

In the poster design category, Judith Quiroga of East Hampton was honored for her "Hello, Dolly!" poster. Morgan Watrous of Bridgehampton High School earned poster recognition after designing one for the school's production of "Ruthless."

Julianna Lester earned stage direction recognition for “Hello, Dolly!” and Jalen Cooks earned it for “Play On” at Pierson.

Everett McMahon was honored for his lighting work on “Play On." Chad Federico and Lance Schroder were honored for sound engineering and crew work in "Play On." Gianna Ekstra was the sole Teeny honoree for costume and prop design in “Play On."