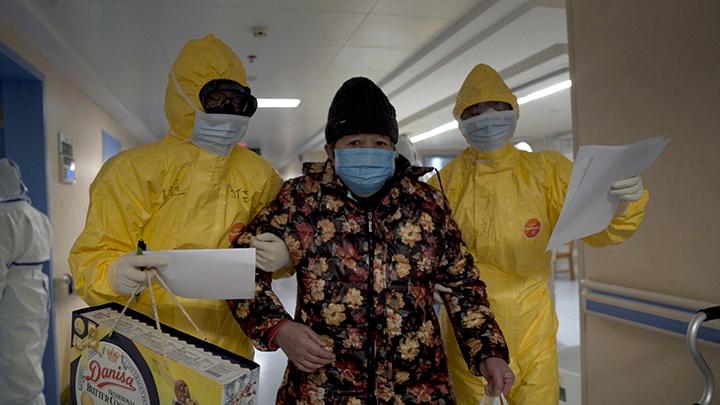 A scene from "76 Days," which will have a free screening on Saturday through Hamptons Doc Fest.
MTV Documentary Films
By Mark Segal

On Jan. 23, 2020, China locked down the city of Wuhan to combat the outbreak of Covid-19. Shortly thereafter, Hao Wu, a Chinese-American director, and his co-directors, Weixi Chen and a journalist credited as Anonymous, began to film at four different hospitals in that city, and continued to document the crisis until the end of the lockdown on April 8.

The result of their efforts is “76 Days,” a 90-minute, award-winning documentary that will be available for streaming without charge on Saturday only, the anniversary of the lockdown, from Hamptons Doc Fest. When it premiered virtually as part of the Toronto Film Festival, The Guardian called it “A chilling look at what frontline workers faced in Wuhan . . . a potent human-interest story, and a portrait of a city under siege.”

A link is available on the Doc Fest website. Viewers have been asked to enter "Hamptons Doc Fest" where the sign-up form asks for "your local theater” in order for the festival to receive a donation from MTV Documentary Films.