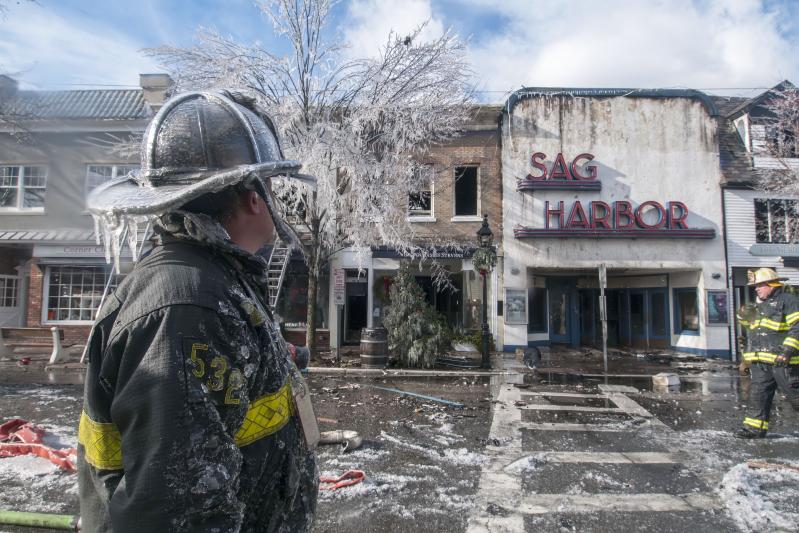 The cold air on the day of the fire froze the water used to douse the flames, creating a striking and dangerous scene in the aftermath.
Michael Heller, Sag Harbor Fire Department
By Mark Segal

In honor of the fourth anniversary of the Sag Harbor Cinema fire, today the theater is releasing a five-minute documentary that commemorates that event as recalled by the firefighters who battled the fateful blaze.

Available here, the film, shot by Sam Hamilton, a Sag Harbor resident, and produced by Jamie Hook, the cinema’s executive director, includes interviews with Tom Gardella and Bruce Schiavoni, both former Sag Harbor Fire Department chiefs, photographs by Michael Heller, and a score by the Oscar-nominated composer Carter Burwell, who is an Amagansett Fire Department volunteer.