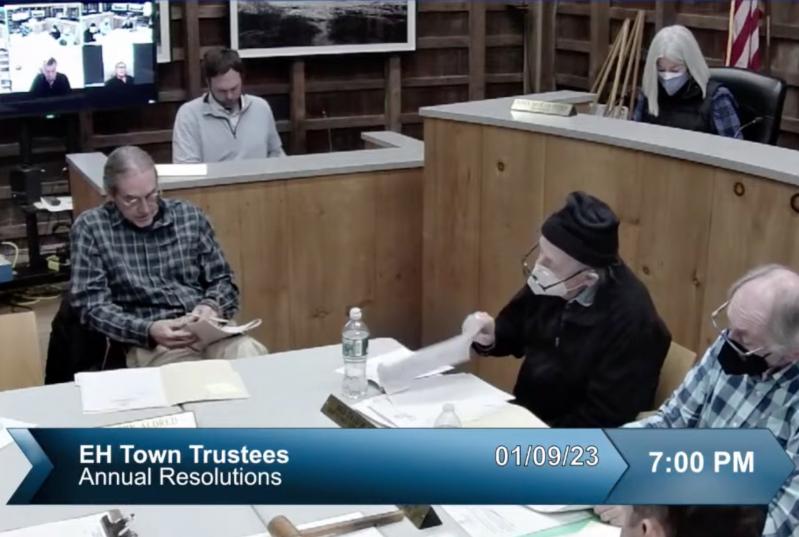 In their ongoing inventory of docks throughout their jurisdiction, the East Hampton Town Trustees have discovered a number of waterfront structures, such as docks and staircases, that lack permits. In an effort to ensure that those comply with local regulations, the trustees voted on Dec. 12 to establish a new, voluntary process — the “application to legalize” — to remedy the issue.

They have yet to establish criteria for the circumstances under which that would be necessary, though it was briefly discussed during the Dec. 12 meeting that this process is not meant to be a way for residents to circumvent the usual permitting and building procedures. Initially the trustees voted to set the application-to-legalize fee at $1,000, but on Jan. 9, they scaled it back to $500.

Francis Bock, clerk of the trustees, explained by phone last week that in cases where a dock or other structure lacks a permit, “we would like to see people come in and obtain the permit and work with us. It would be to their benefit.”

He acknowledged, though, that the trustees “don’t have the ability to fine people” for not having a permit. “We don’t have enforcement powers. We decided that maybe we can make up for that by charging a different fee for people who want to legalize structures that don’t have a permit.”

“If the homeowner obtained the structure through circumstances beyond their control, we can discuss the possibility of waiving that fee,” he said.

According to their website, the trustees require permits for many kinds of waterfront improvements, including the “repair, replacement, or renovation of existing bulkheads, docks, stairways, revetments, pilings or other structures; dune or beach restorations, grading, filling or other beach work; phragmites removal and beach grass or other plantings; dredging, excavation, or grading.” Fences, sandbag placement, and stairways “also require trustee approval.”

“There may be other activities that require a trustee permit,” the entity says on its website.