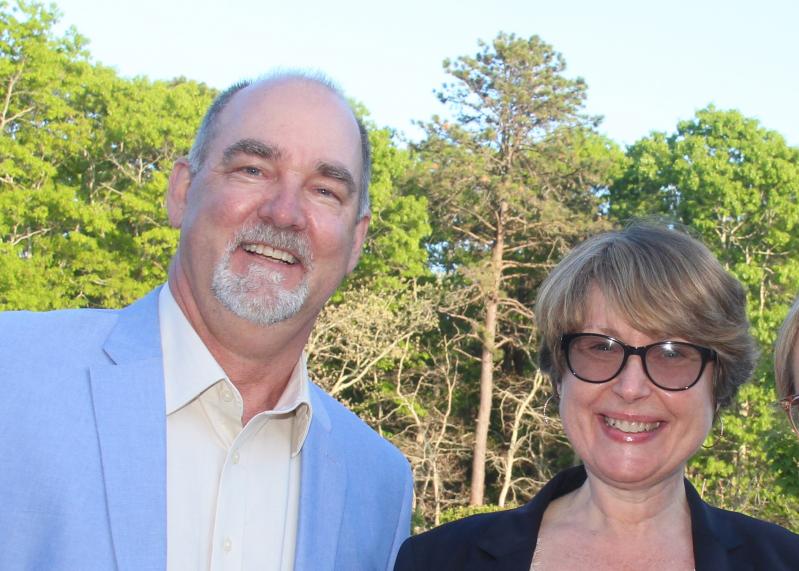 East Hampton Town Supervisor Peter Van Scoyoc announced Friday that he will retire from public service at the end of this year, opting not to seek re-election to a fourth term.

Minutes after the town issued a short press release on his decision, East Hampton Town Councilwoman Kathee Burke-Gonzalez, the deputy supervisor, sent one of her own indicating her intent to screen with the East Hampton Town Democratic Committee for nomination to run for the supervisor's seat.

According to the committee's website, Friday, Jan. 13, is the deadline for candidates to come forward for the elected positions that are up for grabs in November: supervisor, two town board seats, nine trustee seats, and tax receiver, town justice, and highway superintendent. The email address for submissions from interested parties is [email protected].

"I am blessed to have had the opportunity to serve the town I love, to work with dedicated and intelligent town board colleagues and staff, and to have met so many interesting and talented residents and individuals during my tenure," Mr. Van Scoyoc said in his announcement. He noted that the decision was made "after thoughtful consideration and consultation with my family over the holidays." He later said he is open to new work opportunities, as he doesn't want to retire altogether just yet.

"This time has been marked by daunting challenges but also by many successes," he later continued. "I am proud of the work that has been accomplished by the town board under my leadership and I feel that the town is currently on solid footing. As I move on to other endeavors, I will always be grateful to the people of East Hampton for the faith and confidence they have placed in me to lead the town over these many years."

In her lengthy intent-to-screen announcement, Ms. Burke-Gonzalez, who is currently in her third four-year term and her third year as deputy town supervisor, cited several motivating factors. "Over the last several years, we have witnessed tremendous shifts here in town — the year-round population has grown by 32 percent, the potential labor pool has shrunk significantly, the housing market continues to tighten, with housing getting even more expensive relative to income, some very wealthy residents have become more entitled and overly litigious, private equity investors have poured in millions of dollars buying up local businesses, all the while our older residents and those facing challenges due to low incomes have become more and more isolated. These profound shifts require a change in the way local government operates."

She continued, "We need to professionalize town government so that it can operate more effectively. I wish to serve as your next town supervisor as I have the experience, the vision, and the interpersonal, organizational, and communications skills to lead that effort."

Ms. Burke-Gonzalez is running from the position of a "safe seat," meaning her town board term is not yet up as she seeks the supervisor's chair. She previously was elected to three terms on the Springs School Board.