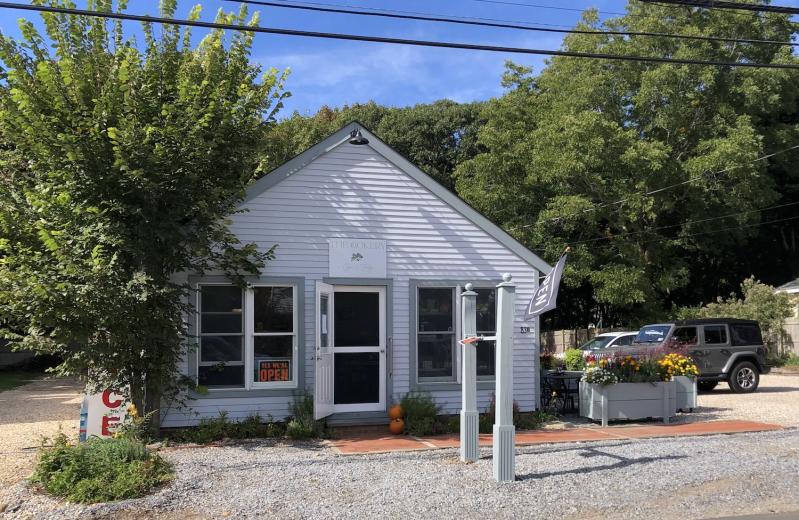 The Cookery opened in late summer at the East Hampton spot that was formerly home to Simply Sublime.
Carissa Katz
By Christopher Gangemi

At a Sept. 21 meeting of the East Hampton Town Planning Board, two very different applications heard the same verdict: not quite ready for a public hearing.

The Cookery, a grocery store, bakery, and prepared-food shop that is operating where Simply Sublime stood for 10 years at 85 Springs-Fireplace Road, was last before the planning board in July. It sought to add a rear awning, outdoor seating, a Dumpster, parking, and a detached garage to the existing building. The problem is that it sits in a residential area. In using it as a business, additions to the building’s footprint are not allowed. In planning-board speak, that would be expanding a “pre-existing, non-conforming use,” a big no-no.

Cynthia Sestito, an owner of the Cookery, told the planning board in July, after a very long meeting, “I had to stay here for three and a half hours. I’ll do whatever you want.”

She held true to her word, with a proposal that fixes a roofline, adds a handicap-accessible parking spot, reconfigures the parking lot, removes a patio, and clarifies the position of the Dumpster.

There was one stumbling block. As proposed, patrons would park away from the building and would be forced to cross back over the lot to access the bakery. The planning board was uncomfortable with that, but the fire marshal had told the Cookery that the preference was to not park cars directly next to the building, so that in an emergency it would be easier to access.

The board and Ms. Sestito agreed to wait to hear from the fire marshal again before moving forward with the public hearing. Yesterday, Will Hyland, a town planner, said that a public hearing had been scheduled for Oct. 19.

The other application, for National Grid’s East Hampton generating station, in operation since the 1960s at 3 Cove Hollow Road, is up against some new state regulations associated with New York State’s Climate Leadership and Community Protection Act. It must reduce emissions by May 2023. By demineralizing the water that runs through their turbines, National Grid can achieve such a reduction. However, doing so requires the installation of two 20,000-gallon water tanks, an equipment building, and a demineralization trailer.

National Grid adequately answered the board’s questions about the equipment building and use of the water, wastewater, the demineralization process, the location of the trailer, noise, and lighting. However, the two tanks would need to be drained before the winter, when they’re not in operation, so they don’t freeze. It was unclear to the planning board how those would be drained.

Jennifer Lembeck, a mechanical engineer with National Grid, said they would be drained directly into the ground, very slowly, to avoid creating runoff.

Samuel Kramer, the planning board chairman, wondered if that was wise. “It’s not far from an area that is notoriously bad for flooding,” he said.

Ed Krug, a planning board member said, “Just letting 40,000 gallons of water to be drained from these tanks” right next to residences, “in an area that we know is prone to flooding, it just seems to me we should know a little bit more to mitigate the impacts of that.”

Ian Calder-Piedmonte, another board member, reasoned that a portion of the water might get used up in the process, turning to steam as it enters the combustion chamber, and that the full 40,000 gallons wouldn’t be drained yearly. However, Ms. Lembeck couldn’t confirm his theory.

Eric Schantz, the assistant planning director for East Hampton Town, proposed National Grid “have an engineer design one or more drywells in close proximity to the tanks.” This way, whether they need to drain 40,000 gallons or less, they’d be covered.

At a future meeting, the planning board will receive designs for the drywells and address the project’s readiness for a public hearing.