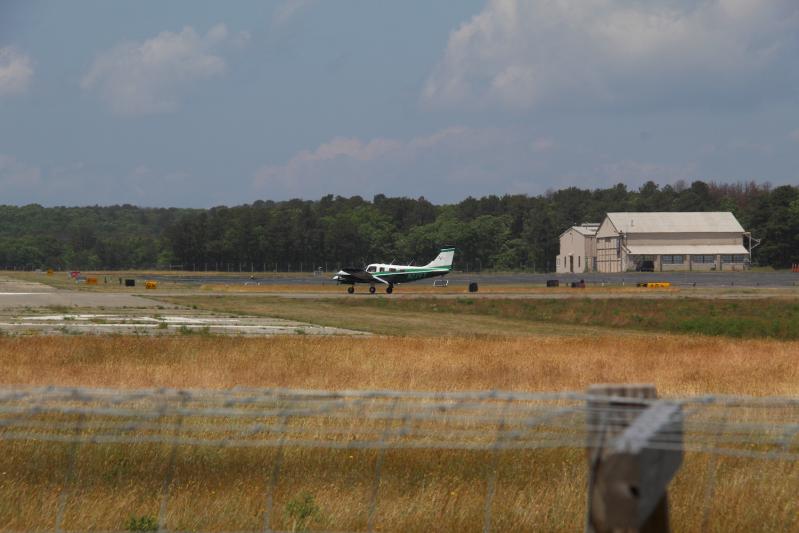 Some residents involved in the litigation over East Hampton Town's plan to privatize its airport “have started to publicly state a willingness to agree to reasonable restrictions,” according to a letter to the town from the East Hampton Community Alliance.
Durell Godfrey
By Christopher Walsh

East Hampton Town has filed an appeal of the May 16 temporary restraining order granted to plaintiffs who sued to prevent the planned May 17 closure of East Hampton Airport and its reopening 33 hours later as a private airport with new restrictions.

The appeal was filed on June 15 in the New York State Supreme Court Appellate Division. “The issues to be raised on the appeal include whether Supreme Court erroneously granted petitioners overreaching, immediate and mandatory injunctive relief despite that petitioners failed to meet the heightened standard necessary to obtain such relief,” according to an informational statement accompanying the appeal.

East End Hangars, Blade Air Mobility, and the Coalition to Keep East Hampton Airport Open sued the town in February, following the town board’s announcement that it would close the public airport and open a private airport with restrictions aimed at alleviating what many residents say is a severely detrimental impact to their quality of life. Each complaint includes several individuals, who live near an airport or heliport that could see increased traffic should flights be diverted from East Hampton, as co-plaintiffs.

For years, residents have complained to the town board about increasing helicopter and jet traffic, in particular. Proponents of keeping the airport open maintain that they are willing to compromise with the town, but complain that town officials and the town’s outside counsel have ignored their outreach.

On Tuesday, the East Hampton Community Alliance, a group that advocates for the continued existence of East Hampton Airport, wrote to the town board to reiterate its request “to meet with you to discuss a path forward.”

The Alliance “has operated in a respectful and data-driven manner” with the goal of reaching “a productive and workable solution to a sustainable future for the East Hampton Airport,” it said in a letter delivered on Tuesday. Several times, it has “publicly praised the town’s effort to develop reasonable restrictions to address the legitimate concerns of the community while keeping open the airport.” The Alliance “has always publicly stated and privately believed that the town was operating in good faith and was, in fact, trying its best to keep open the airport.”

Referring to the multiple lawsuits that led to a New York State Supreme Court justice’s imposition of the temporary restraining order, the Alliance acknowledged that “some of the language and tactics in these lawsuits are less than productive.” The Alliance is not party to any litigation, and “is in full agreement with the town’s assessment that approximately 80 percent of the residents desire to keep open the airport with reasonable restrictions.” It would be reasonable to assume that the majority of those residents “do not want airport funds wasted on needless litigation when solutions are available,” the letter says.

The letter notes that some residents involved in the litigation “have started to publicly state a willingness to agree to reasonable restrictions.” In the last month, Elliott Meisel and Kathryn Slye, both pilots, have expressed that willingness to The Star. Mr. Meisel is president of Hampton Hangars Inc., a plaintiff in one lawsuit against the town.

The Alliance “firmly believes that momentum is building to create the framework for a sustainable future for the East Hampton Airport” and “remains uniquely positioned to engage in conversations with you.”