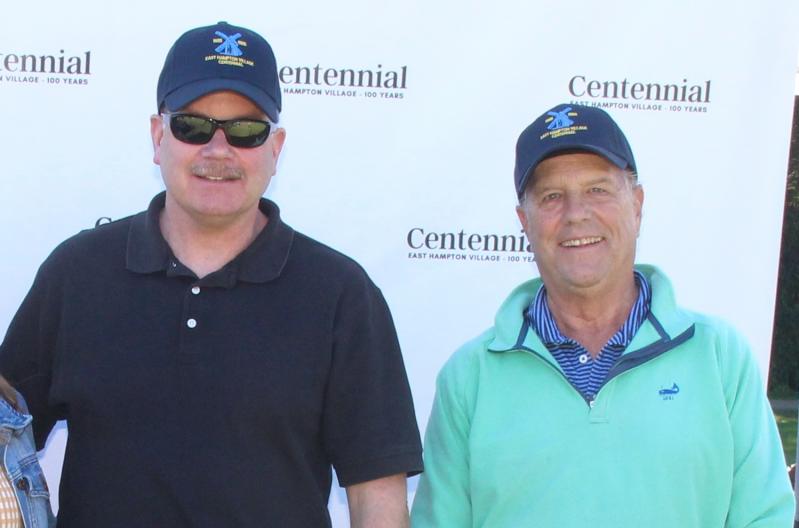 East Hampton Village Mayor Jerry Larsen, left, and Arthur Graham, a village trustee seeking re-election next month. The two, who were opponents in the 2020 race for mayor and are in opposing parties, have often been at odds.
Durell Godfrey
By Christopher Gangemi

Mr. Larsen had filed an objection to a number of signatures on Mr. Graham's petition. Had he prevailed, Mr. Graham's name would not have appeared on the June 21 ballot, eliminating the one candidate not running on the mayor's NewTown Party line. After the board of elections ruled in Mr. Graham's favor, Mr. Larsen initially said he would challenge the decision.

"I am sure, I am confident that we would have prevailed," Mr. Graham said Thursday night.."And Larsen's team decided to cut their financial losses."

"We respect the board of elections decision and we're withdrawing the fraud charge. We're just going to move to the polls because of time," said Mr. Larsen.

He explained that his team would not have been able to get a court date until June 9. "The village can't make ballots until we get a decision from the court," he said "it could really interfere with the election."

"A lot of our voters are absentee," he said, and it "wasn't worth the risk" to have to print and send out new ballots. "If we had a month, I'd say let's see what the judge says," he said.

Of the 78 signatures that Mr. Graham gathered, the mayor's team was challenging 38 for various reasons. The bulk of the challenges, 18, came from petition pages circulated by Mr. Graham's wife, Katherine, and Maureen Bluedorn. Mr. Larsen was challenging all 18 of those signatures because his lawyers claimed Ms. Graham and Ms. Bluedorn lacked third-party witnesses for their own signatures.

Mr. Larsen said the board of election ruling didn't contain much detail but suggested that thinking all of the signatures would be tossed on those two petitions may have been too ambitious of a challenge.

"It does show that Jerry Larsen will stop at nothing to control his agenda," Mr. Graham said. "I am a threat to Jerry's unfettered agenda because I'm going to raise things in public meetings that might make Jerry uncomfortable."

Sarah Amaden, who is running for trustee on Mr. Larsen's NewTown ticket along with Carrie Doyle, said "it's better to have more people running. . . . It gets more people engaged in the process and thinking. . . . Tiger is my opponent but he's also my neighbor."

"I am thrilled that they're not going forward with this ridiculous lawsuit," said Mr. Graham. "We never should have had to do this in a small village like this."
__

Note: This story has been updated since it originally appeared online.

A Conference for Young People to Create Solutions
Get Outside, Get Moving
Two Traditions, One Fair in Springs
END_OF_DOCUMENT_TOKEN_TO_BE_REPLACED