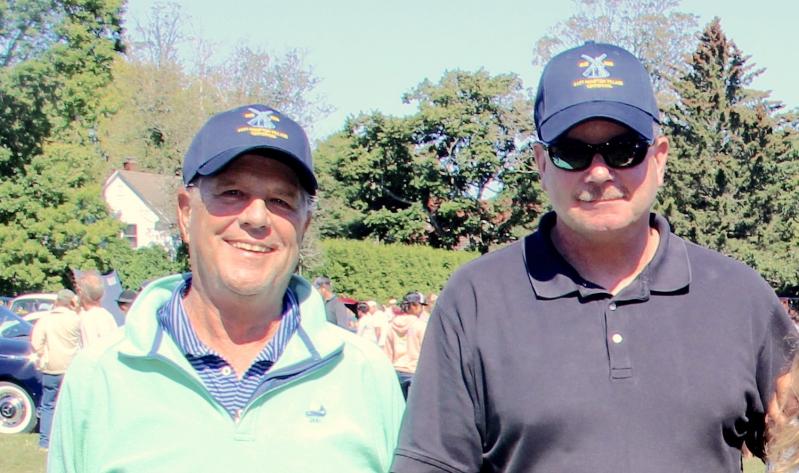 After East Hampton Village Mayor Jerry Larsen filed an objection to Arthur (Tiger) Graham's nominating petition for village trustee, a bipartisan team at the Suffolk County Board of Elections on Tuesday ruled that Mr. Graham's petition could stand and made a motion to invalidate Mr. Larsen's challenge.

The team said that Mr. Graham had gathered enough good signatures to get him on the June 21 ballot. Mr. Larsen has accused Mr. Graham of fraud on his petition and his team will now challenge the board of elections' decision in court. The board does not rule on fraud allegations.

In the paperwork filed with the board of elections, Mr. Larsen claimed that Mr. Graham's petition was "insufficient, ineffective, false, fraudulent, and invalid."

"I was terribly disappointed that the NewTown Party decided to challenge my petition after so many voters signed to get me on the ballot," said Mr. Graham, "but I'm pleased that the board of elections validated the petition."

"You have to do due diligence," Mayor Larsen said by phone yesterday. "You don't just run around with these petitions. This is part of the election process that's covered by law." Part of Mr. Larsen's claim is that in 10 cases, people who signed for Mr. Graham's candidacy had already signed the petition for the Newtown Party. "It's his responsibility to ask those voters if they've already signed another petition. That's a big chunk of fraud right there," said Mr. Larsen. A voter cannot sign two separate petitions for candidates running for the same office, even if there are two seats up for election, as there are in the village this June.

Mr. Graham, an incumbent trustee, would be the only member of the Fish Hooks Party on the ballot. In the race for two open seats on the board, he would face two first-time candidates running on Mr. Larsen's NewTown Party line -- Sarah Amaden and Carrie Doyle.

To appear on the village ballot, a candidate must get 50 signatures of voters registered in the village. Mr. Graham submitted a nominating petition with 78 signatures; Mr. Larsen protested 38 of them for varying reasons. If the court sides with the mayor on all his objections, Mr. Graham's petition could have only 40 valid signatures, and he would be knocked off the ballot.Ê

On the form sent to the Suffolk County Board of Elections, Mayor Larsen had to explain his challenge. The form lists 12 possible objections; someone on the mayor's team wrote in a 13th: "subscribing witness witnessed own signature -- entire sheet invalid."

Should that objection stand, it could affect a petition circulated by Mr. Graham's wife, Katherine, and another circulated by Maureen Bluedorn. There were 18 signatures combined on those two petition pages.

Mr. Larsen is challenging eight other signatures because they are "illegible," a claim a board of elections employee said was difficult to stand by, and two others because the voters were not registered in the village.

"We are disappointed that we have to bear the time and expense of going to court," said Mr. Graham.

"I want to see how many the board of elections agreed with us on and how many they didn't. At that point we'll make a decision on how to proceed," said Mr. Larsen. "Whatever happens, at the end of the day we're going to beat him at the polls."

In 2020, Mr. Graham ran for mayor against Mr. Larsen and Barbara Borsack, a former village trustee. During that campaign, he brought a challenge of his own to the board of elections, questioning the authenticity of some 200 names on the village's voter rolls.