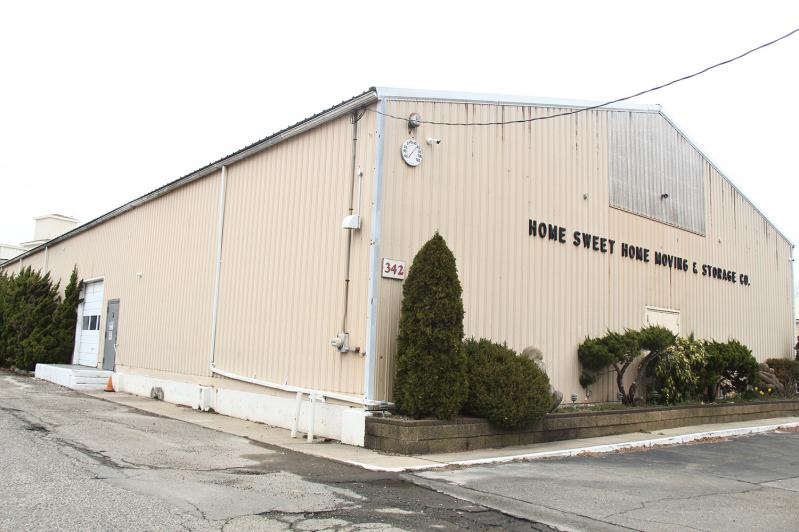 The new owners of Home Sweet Home are seeking to shift the business from moving to self-storage.
Durell Godfrey
By Christopher Gangemi

A proposal to change Home Sweet Home, the Wainscott moving company that has been in operation there since the mid-1960s, to a self-storage facility with 443 units, hit a couple of significant snags when the East Hampton Town Planning Board met on April 6.

There were positives, too, though. Despite doubling the gross floor area of the existing building, the new owners do not propose to tear it down. They would “keep the four corners the same” said their representative, Brian Matthews of Matthews, Kirst & Cooley, adding a “mezzanine” to hold more storage units.

They also promise to re-shingle the building to improve its appearance, no small thing as it is considered an eyesore at the gateway to East Hampton. Further, they propose to update its septic system, another important detail due to its proximity to Georgica Pond.

Mr. Matthews may have hoped that the board would review the application in a vacuum, so to speak, but the members could not ignore the building’s location adjacent to the proposed 70-acre Wainscott Commercial Center — by far the largest application now before them.

“Last I checked, that application has not been approved,” said Mr. Matthews.

“We are the planning board, and there is a plan before us. It’d be pretty hard to have a conversation about this facility without at least talking about the proposed commercial center,” said Mr. Kramer.

“My point is, you can’t review this as if that’s a go,” said Mr. Matthews.

But it wasn’t just the possible proximity of the commercial center that was in question; it was also an easement on the Tintle property. The self-storage facility is proposing additional parking in the rear of the lot, along with a small loading area and an entrance.

“It’s not clear to me they would have the right to access” that area, said Randy Parsons, a board member.

In a follow-up email, he explained that an engineer’s note says the Tintle property easement benefits only three parcels: the front of Home Sweet Home, the South Fork Animal Hospital, and a building to the east of the hospital containing three storefronts, one of which is a hardware store.

“Even if Home Sweet Home says their two tax lots are all in one ownership and therefore should be treated as one, if the easement does not name the real tax lot, there is a question as to whether a property that has rights can extend them to another parcel they own,” wrote Mr. Parsons. “Such an assignment of easement rights could be objected to by Tintle (the grantor) or any of the other grantees if they do not want additional use and traffic on the easement.”

The board also wondered if there were enough parking for the proposed new use in the front of the lot. Mr. Parsons made the point that when Home Sweet Home operated as a moving company, professionals drove the moving trucks, and those trucks arrived and departed on a schedule. With a self-storage company, he said, keeping regular business hours, there was no saying when cars and trucks might come and go.

In response, Mr. Matthews cited a traffic study conducted for the new owners by Pat Lenihan of VHB Engineering. Mr. Lenihan, who was present, then told the board that the business would generate so little traffic that “you would be hard pressed to know it was in operation.”

“I’m not sure what else you would put there that would generate as little traffic as this,” he said.

The board nonetheless took issue with the study because it considered traffic only on a single day, in May 2021. “If you’re going to lean so heavily on the traffic study,” said Louis Cortese, a board member, “it should have more than one day’s worth of data.”

Members also had questions about seasonal demand, but Mr. Lenihan said storage was not a seasonal business. The traffic generated depends only on how many units are rented, he said.

The board discussed improving the flow of traffic by having cars entering the lot only from the east and leaving from the west. “We’d like a more detailed traffic study taking into account seasonality,” said Mr. Kramer.

Mr. Kramer, who is a lawyer, raised a legal point regarding self-storage units. If people leave items and don’t claim them within a certain time period, he said, the business owner can auction them off. Those auctions draw people — “more than you would think,” he told Mr. Matthews. The current parking plan seemed inadequate to him.

In the end, despite Mr. Matthews’s assertion that “it’s not the applicants’ obligation to solve the parking issues, it’s their obligation not to exacerbate those issues,” the board seemed to agree that the switch from a private enterprise to a business where the public could come and go created the need for more parking.

All the members concurred, however, that a self-storage facility was appropriate for the location. “It’s not going to be a field of wildflowers,” said Mr. Kramer.

A Conference for Young People to Create Solutions
Get Outside, Get Moving
Two Traditions, One Fair in Springs
END_OF_DOCUMENT_TOKEN_TO_BE_REPLACED