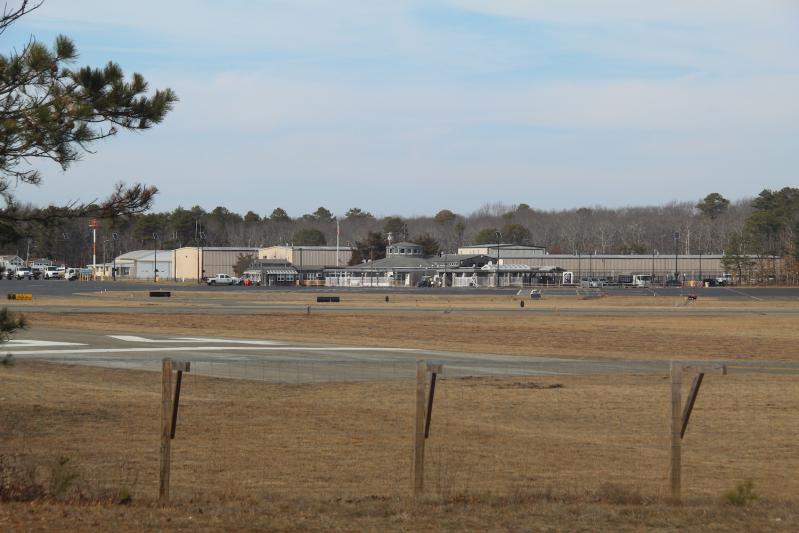 East Hampton Airport's coming change of status from a public airport to a private-use one triggers a review under the New York State Environmental Quality Review Act that will analyze the impact of proposed restrictions in time for the summer 2022 season.
Durell Godfrey
By Christopher Walsh

Friday at 4 p.m. is the deadline for public comment on the scope of a draft environmental impact statement associated with the May 17 deactivation of East Hampton Airport and the opening, 33 hours later, of a “new” private-use airport on the same site.

At the town board’s meeting on Tuesday, board members and the town’s planning director strongly encouraged residents to offer suggestions as to the range of options and alternative actions related to airport operations that should be studied to determine their impacts.

After years of complaints from residents of the town, people across the North and South Forks, and some as far away as New York City about the noise and pollution associated with the volume of air traffic to and from the airport, the town board voted to deactivate it. The facility to open on May 19 is to be a publicly owned, private-use facility operating under a prior-permission-required framework, under which advance clearance is required before a pilot may use the airport.

Consultants to the town board issued recommendations for a new airport on March 1 that they said could affect 40 percent of operations but address upward of 70 percent of complaints. The recommendations, if implemented, would impose a curfew and otherwise limit takeoffs and landings based on an aircraft’s operator, its noise, and its size under a prior-permission-required framework.

The change in status triggers a review under the New York State Environmental Quality Review Act, known as SEQRA, which is to analyze the impact of proposed restrictions in time for the summer 2022 season. Pursuant to SEQRA’s rules and regulations, the town board, having determined that the proposed action has the potential to result in one or more significant adverse environmental impacts, including on surrounding airports on the East End, must prepare a draft generic environmental impact statement. This will be done with consultants’ assistance following the summer season and will incorporate the observed effects of the restrictions expected to be enacted when the airport reopens on May 19.

The board held a public scoping session during its March 1 virtual meeting, during which comments on the proposed restrictions ran the gamut, from being too timid to effect meaningful change to being draconian and destined to fail in alleviating residents’ complaints.

Comments to inform the draft impact statement can be submitted by email to [email protected], or in writing to Carole Brennan, the town clerk, at 159 Pantigo Road, East Hampton 11937.

“Anybody who has an idea” about things that should be assessed or studied should share their ideas, Jeremy Samuelson, the planning director, said at the town board’s meeting on Tuesday. The scoping process, he said, will identify questions that have to be asked and understood in order to generate information as to impacts, including on nearby airports. The process will allow the board to render a final set of determinations as to the new airport’s operations, he said.

The board, said Supervisor Peter Van Scoyoc, is “not looking for complaints as much as for constructive comments to guide our future.”